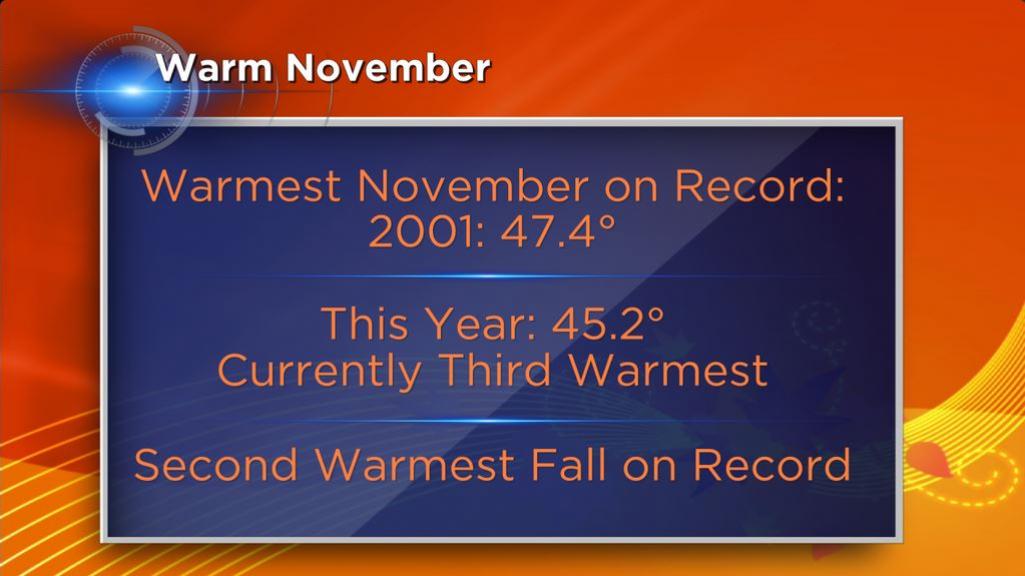 It will come as no surprise to mos that this November has been warm and wet. Temperatures during the month started out well above average in the 70s and only seven days during the both saw high temperatures below average. The coldest day was the 22nd with a high of 27°. 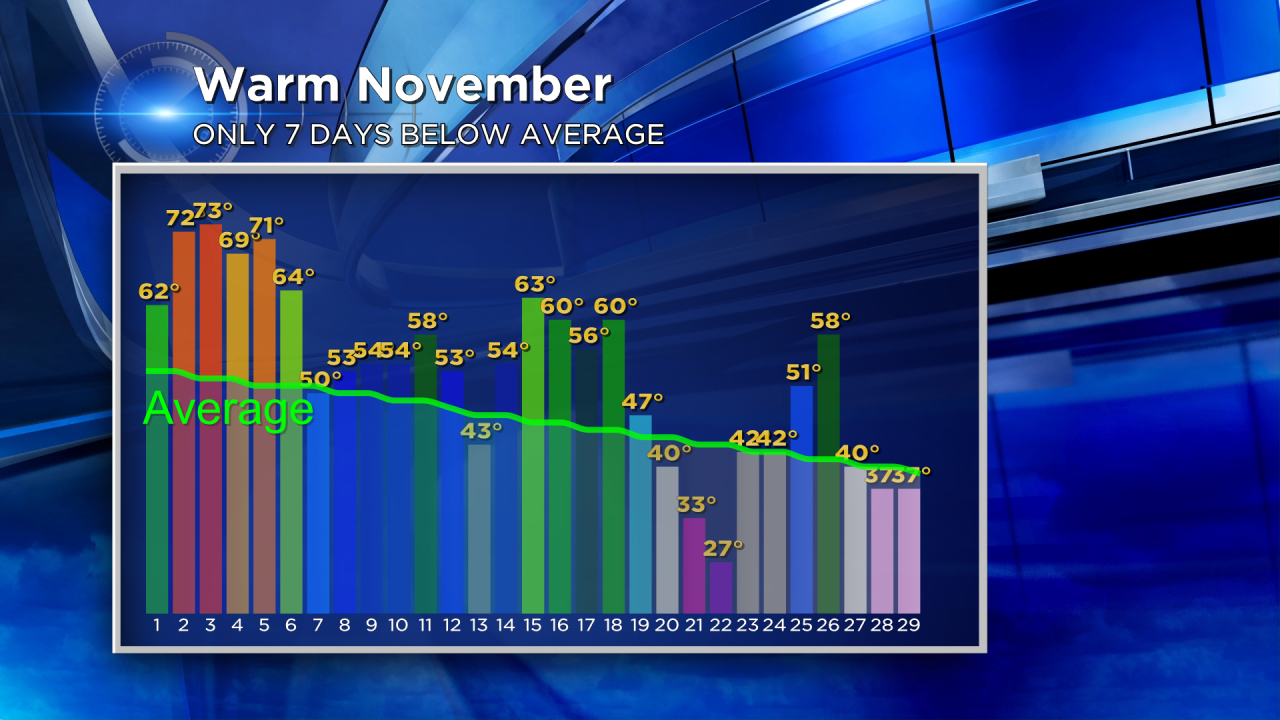 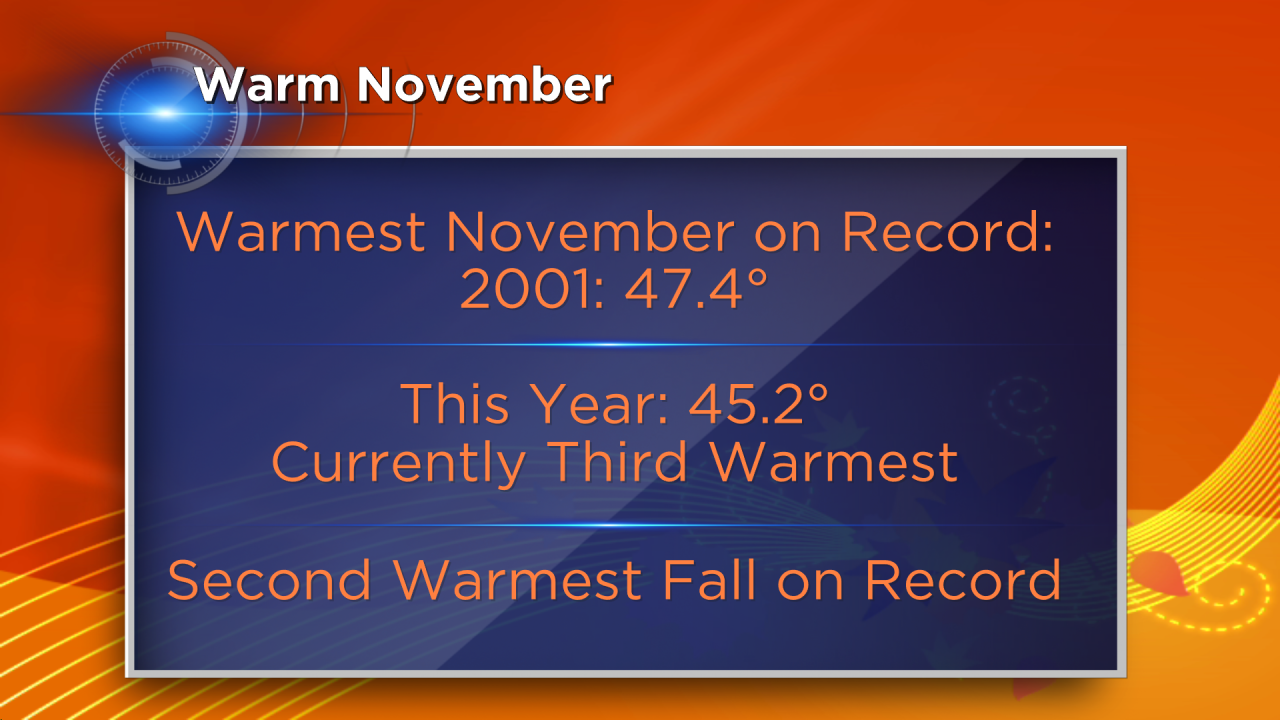 The 45.2° will likely decrease as the data from the last two days in November comes in. Both days are expected to have an average temperature lower than the current average.

Not only has it been warm this November, but it has also been wet thanks to a couple of big rain events. Through Saturday, precipitation for the month is almost 2" above average. 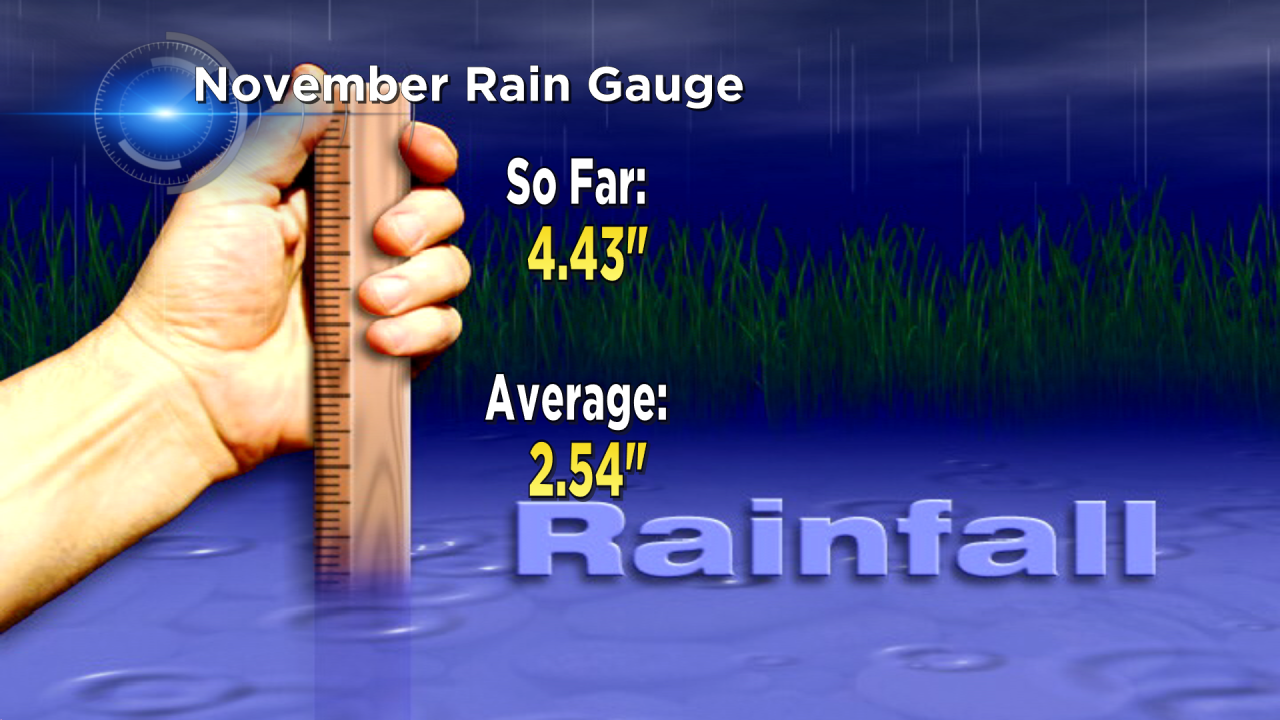 This trend is expected to continue into the beginning of December. Temperatures for the first week of December are currently forecast to stay above 40° with the possibility of a 50° day not out of the question.