Warm and snowless November in Milwaukee 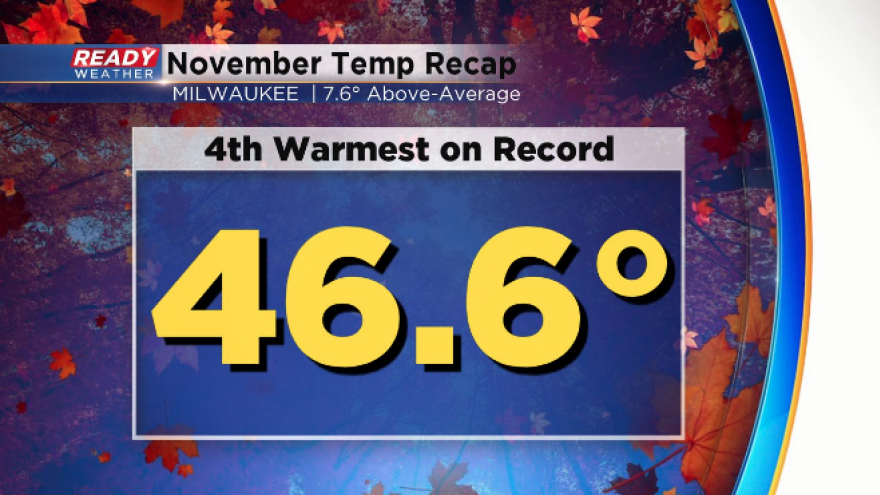 Our warm and snowless November is in the books. To say November was warm is an understatement. The month ended 7.6* above the 30-year average and we only had five days with below-average temperatures. Overall November 2020 will go down in the records as the 4th warmest on record behind 2001, 2016 and 1931. 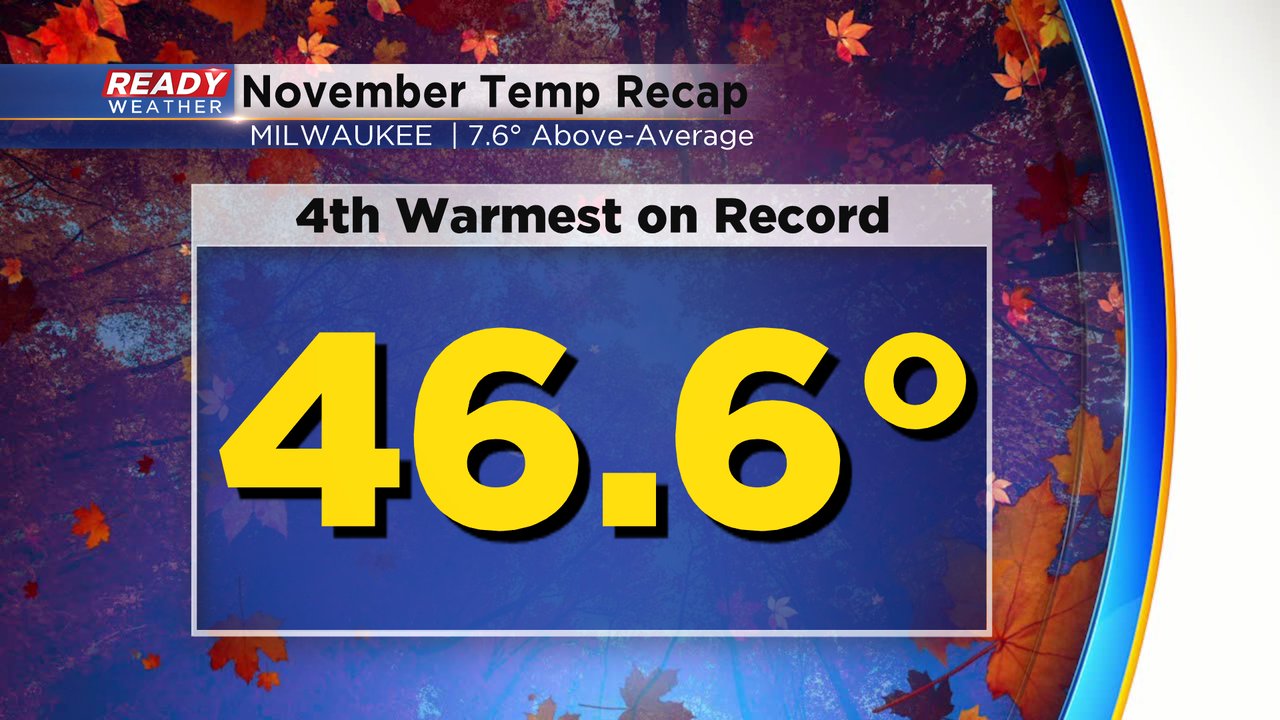 With all of the November warmth we also had a ton of sunny days and little to no snow. Our best snow came just before Thanksgiving where some inland and western counties got up to 2" of snow but lakeside locations didn't really see that snow and Milwaukee officially only saw a trace of snow during November. There have only been 22 other Novembers since 1884 that haven't received any measurable snow.

What we lacked in snow during November we didn't really make up in rain. Milwaukee saw 1.86" of rain during the month which is almost an inch below the average of 2.71". 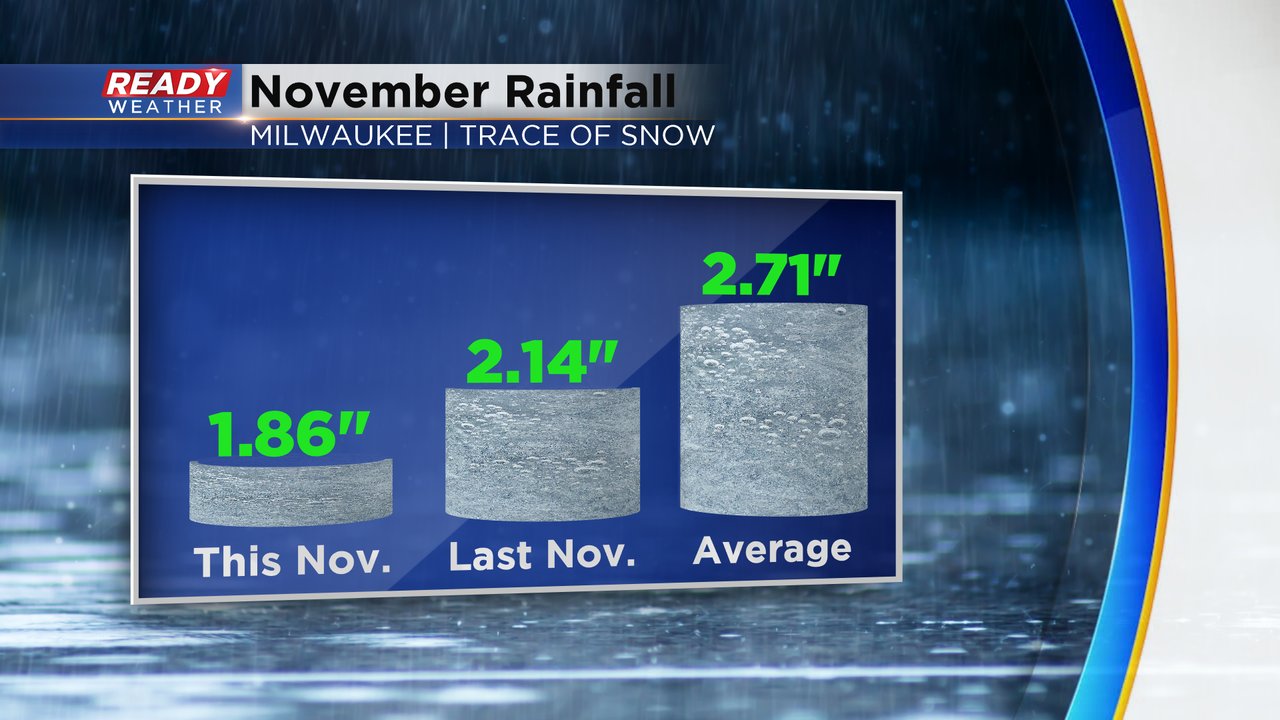 Welcome to December! The average temps take a tumble from highs in the upper 30s and lows in the 20s falling to the upper 20s for highs and lows in the teens by the end of the month. December does see a good amount of snow with an average of 10.6". Winter officially begins with the solstice on December 21 at 7:30 AM. 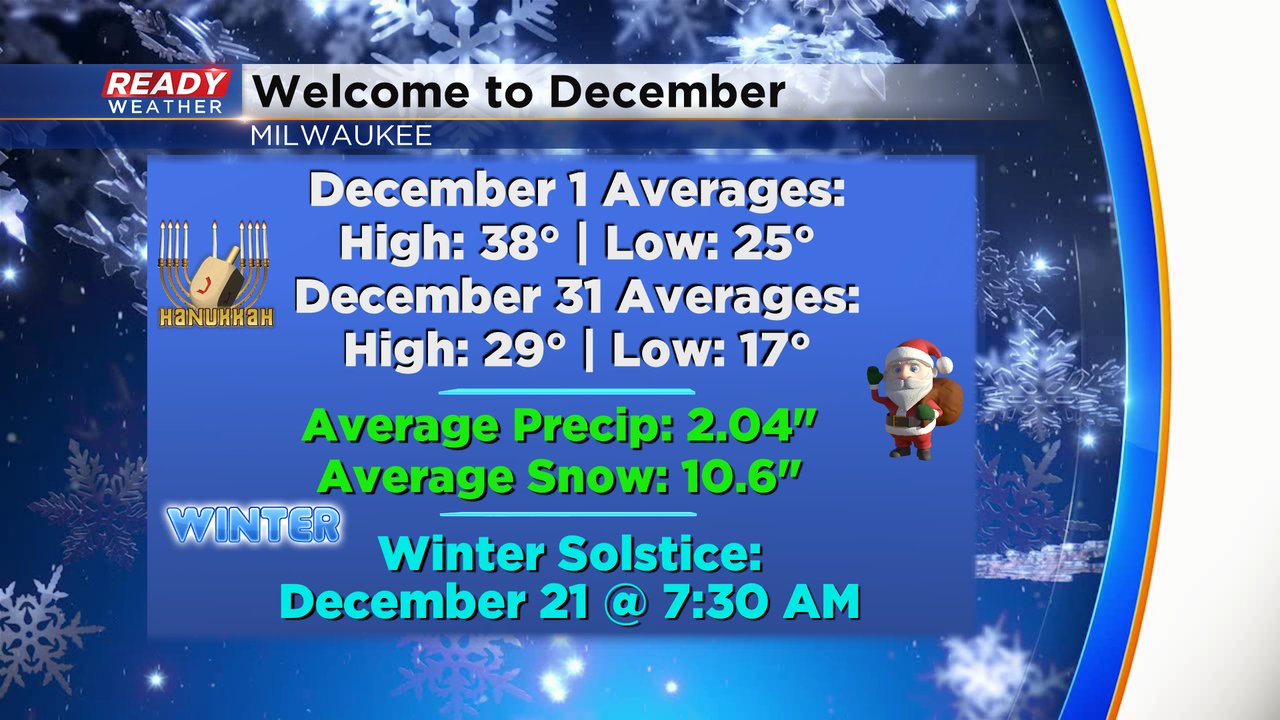 Download the CBS 58 Ready Weather app to see if there's any chance for snow in the 10-day.