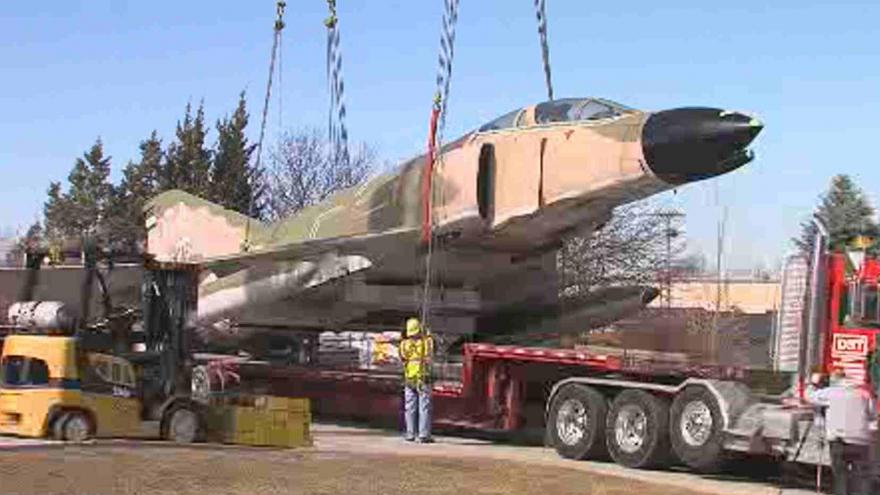 A massive 60 ft. crane will lift war hero and Bay View native, Captain Lance Sijan's Memorial F-4C Phantom Jet from its current location at the entrance to the former Air Force 440th Air Lift Wing at General Mitchell International Field, and put into storage, until its new home at 5500 S. Howell Avenue is ready this spring.

"When the 440th Air Reserve closed down, I felt there was a need to relocate this for better presence and honor," explained Sijan's sister Janine. "It's an amazing tribute to an amazing man as well as all military who gave their lives and the families who loved them."

The Phantom Jet was placed on College Avenue in 1996 to honor the Bay View native and Air Force fighter pilot that was captured during the Vietnam War and died in the infamous Hòa Lò Prison, the “Hanoi Hilton" in 1968 at the age of 25. On March 4, 1976, he posthumously received the United States' highest military award, the Medal of Honor, for his selflessness and courage in the face of lethal danger.

Sijan's sister, Janine Sijan-Rozina has spearheaded the passion project, raising the $200,000 required to build the new plaza and move the plane.

"This project was made possible through financial and service donations from a community of individuals, both local and national, who came together to honor Lance," said Sijan-Rozina. “It is a true representation of stewardship, where the concepts of faith, work, and economics intersect to honor those who have given the ultimate, their lives, so that we may embrace freedom.”

Sijan-Rozina plans to dedicate the plan when it is moved to its new location Memorial Day, 2017.