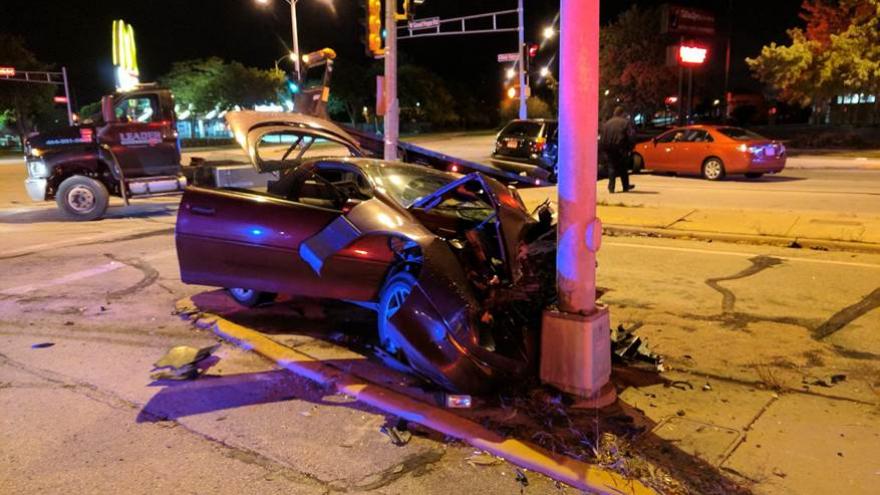 BROWN DEER, Wis. (CBS 58) -- Brown Deer Police are looking for a wanted felon who led officers on a chase overnight.

Police say they pulled over the suspect's car and discovered he had a warrant for a violent felony.

The driver sped away and police followed. The suspect crashed his car into two other vehicles at Teutonia and Good Hope Road and then ran away from the scene. Although the suspect got away, police did take his passenger into custody.

Investigators say injuries from the crash were minor.