Want to see a movie a day? AMC hopes so 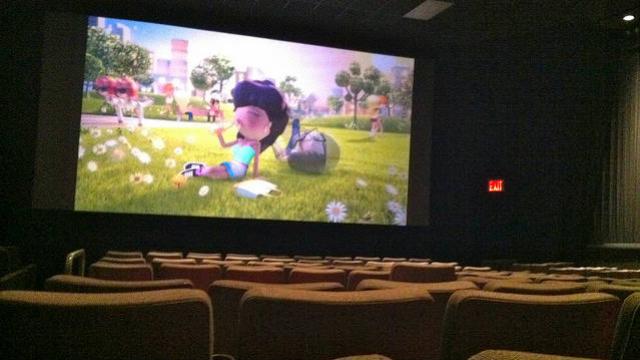 Could the Netflix model work for a movie theater chain?

AMC Theaters is reportedly exploring that with a pilot partnership with MoviePass, a company which offers a subscription service where movie lovers can attend a movie a day for a monthly fee.

AMC operates more than 4,900 screens across the United States, making it the second largest theater chain behind Regal Entertainment.

The New York Times reports that moviegoers would pay a fee of $35 a month, which would allow them a pass to attend one showing a day of any movie they choose. A $45 per month option includes 3D and IMAX films.

MoviePass launched back in 2011 and AMC decided to partner with the company in response to the decline in attendance by young moviegoers.

According to Nielsen's 2014 Moviegoing Report, which was released last week, audiences between the ages of 12 and 24 years old saw an average of 7.1 movies -- a decrease of 15.5% from last year's report.

\"Millennials are consuming things differently, and that includes going to the movies,\" MoviePass's chief executive and co-founder Stacy Spikes told the Times.

Younger people are already enthusiastic users of subscription services like Netflix for movies and Spotify for music, which allows them to consume what they want, when they want.

\"It frankly wouldn't be smart to ignore the success of subscription in other areas of media,\" Christina Sternberg, the senior vice president for corporate strategy at AMC, told The Times.

A movie a day might keep the lagging box office numbers away. The industry had a less than stellar summer blockbuster season.

The new pilot program will be rolled out in January in Denver and Boston. Other cities will be added based on the rate of success in the initial markets.