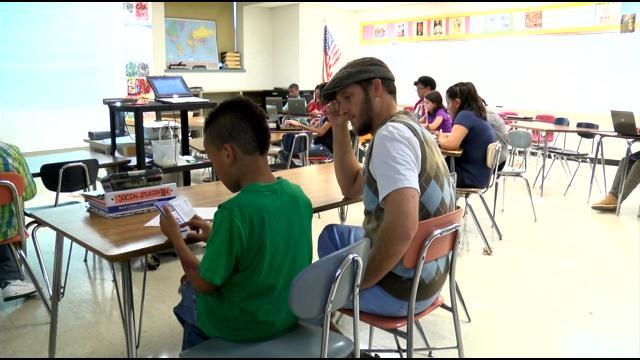 Governor Walker signed on October 23 an Assembly Bill 325 allowing the Racine Unified School District president to fill vacancies on the school board that have existed for longer than 60 days.

Senator Van Wanggaard (R-Racine) and Representative Thomas Weatherston (R-Caledonia) introduced the bill after citizen complaints about the inability of the RUSD school board to fill a long term vacancy on the school board after 35 tie votes.

“Being deadlocked 35 times over almost 5 months is ridiculous,” said Wanggaard. ““This situation has lasted far too long, and caused too much division in our community. I hope that this bill, along with the new elections in April, will help heal those divisions and allow our school district to move  forward.”

Since the resignation of the school board member in June, the RUSD board has held 35 tie votes on finding a replacement.

In addition, two school board members walked out of a school board meeting to prevent a quorum from occurring. As a result, the school board has been unable to vote on teacher contracts, salary increases and an employee handbook.

Assembly Bill 325 allows school board presidents in certain unified school districts to appoint a person to the school board in the event of a vacancy lasting longer than 60 days. This appointment power sunsets on April 12, 2016. To prevent this situation from occurring elsewhere in the future, the bill also requires all school districts to have a policy in place in the event of similar deadlock by July 1, 2016. Finally, the bill makes technical changes to the apportionment and upcoming elections in the Racine Unified school district.

“I want to thank Governor Walker and my legislative colleagues for moving quickly on this bill,” Wanggaard said. “I hope School Board President Hargrove will act before the important deadlines coming up.”

According to the Legislative Reference Bureau, the law will be published as Act 63 tomorrow, and be effective on Sunday, October 25, 2015. The board president may act at any time following the effective date on the bill.