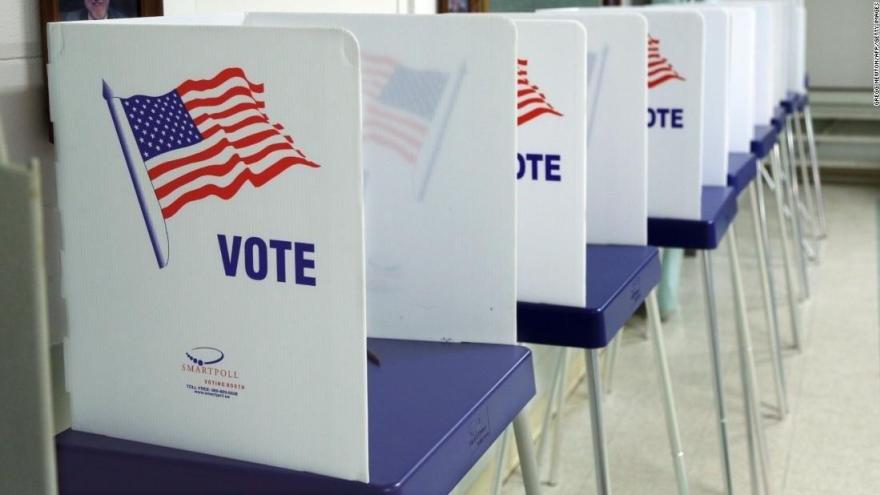 MADISON, Wis. (CBS 58) -- Do you have questions about the process and rules for spoiling absentee ballots? The Wisconsin Elections Commission answered commonly asked questions.

According to a news release, Wis. Stat. § 6.86(5) authorizes a voter to spoil his or her absentee ballot and be issued a new one. A voter may wish to spoil his or her absentee ballot to correct several issues, such as a damaged ballot; an error when voting the ballot (such as filling in the wrong circle or voting for too many candidates); or the voter changing his or her mind after returning the absentee ballot. During this process, statute directs the municipal clerk to invalidate the spoiled ballot to ensure it cannot be used. Per Wis. Stat. § 6.86(6), the municipal clerk shall not return the spoiled ballot to the elector.

Voters can also ask to have their returned absentee ballot spoiled and be issued a new one by mail, but those requests must be made by 5 p.m. on Thursday, August 4, 2022. This option is not advised at this time, as voters may not receive their absentee ballot with enough time to return it.

For indefinitely confined voters who want to request a new ballot by mail, the deadline to do so is Friday, August 5, 2022 at 5 p.m.

Can a voter who already returned an absentee ballot by mail cancel his or her ballot and instead vote at the polls on Election Day?

Yes. Voters who have already returned an absentee ballot by mail may request in writing that their returned absentee ballot be spoiled so they can vote a new one at the polls on Election Day, but they have to do so by the deadlines outlined above.

Can voters appear at the polls on Election Day and spoil their ballot then?

No. The Wisconsin Legislature changed the law about 10 years ago so voters can no longer change their vote on Election Day if they have not spoiled their returned ballot by the applicable absentee ballot deadlines before the election. Voters who have not spoiled their absentee ballot prior to the applicable absentee deadline “are not permitted to vote in person at the same election on election day.” Wis. Stat. § 6.86(5) and (6).

If a voter mailed a ballot back but it has not arrived in the clerk’s office by Election Day, can the voter just vote at the polls?

No. A voter who has mailed their ballot back is not eligible to vote in person on Election Day, even if that ballot has not yet been received by their clerk. The deadline for voters to spoil ballots requested by mail is 5 p.m. the Thursday before the election or in person by the last day where in-person absentee voting hours are offered in each municipality. Voters can find their municipal clerk’s contact information HERE.

If a voter who was sent an absentee ballot but hasn’t returned it yet wants to vote in person instead, can they do that?

Yes, any voter who has been issued an absentee ballot and has not returned it is still eligible to vote in person on Election Day. The voter will be asked if they have returned their ballot and if they have not, they will be issued a ballot at their polling place.

If a voter who was sent an absentee ballot but hasn’t returned it yet wants to vote in person instead, does the ballot need to be spoiled?

No. If you have not returned your absentee ballot and decide you want to vote absentee in person in your clerk’s office or at the polls on Election Day, you can just destroy it yourself. There is no need to bring it with you to the clerk’s office or the polling place.

What keeps people issued more than one ballot from voting twice?

If the voter has already returned his or her ballot, that will also be noted on the poll book, and the poll workers will not issue a new ballot. Voters do not need to bring their blank absentee ballot to the clerk’s office or the polling place; they can destroy the ballot themselves.

Can voters spoil their Election Day ballot when they vote in person at the polls?

Yes. At the polling place on Election Day, voters may also receive up to three ballots if they make a mistake or change their mind before placing their ballot into a tabulator.

At the clerk’s office or a satellite voting location during the in-person absentee voting period starting two weeks before the election and ending the Sunday before the election, voters may also receive up to three ballots if they make a mistake or change their mind while marking their ballots.