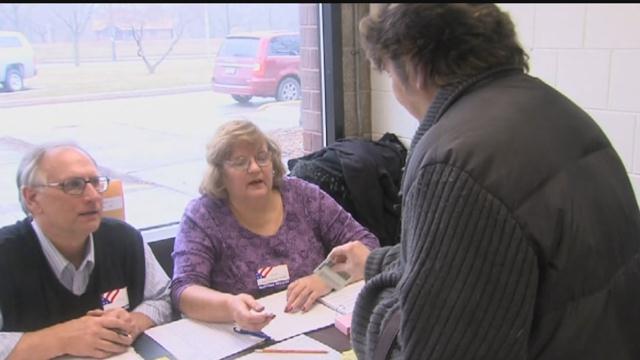 On Wednesday a judge will consider the latest attempt to suspend Wisconsin's voter ID law. It's happening after undercover recordings captured by the group "VoteRiders" showed employees at state DMVs giving out incorrect information.

Governor Scott Walker made statements last week saying that concerns have been addressed, but a liberal group argues the issues are more than enough of a reason to halt the voter ID requirement for the November election.

The group One Wisconsin Now is the lead plaintiff challenging the voter ID law in this fashion. Last week they filed a motion in their case in reaction to the recordings taken at ten Wisconsin DMV locations that appear to show employees giving either inaccurate or incomplete information to people trying to get a voter id.

One Wisconsin Institute's Executive Director Scott Ross says the recordings show that people may have already been turned away with incorrect information. Because of that he says the voter ID rules should be suspended.

"And this comes after the judge was very clear about what he expected. He expected people who petitioned to get a free ID would get that ID and be able to vote in this election. And because of governor walker's lack of administration over the DMV they're being denied that ability. So we're in court about that tomorrow," Ross said.

Both sides will be back in his courtroom in Madison Wednesday at 9 am.