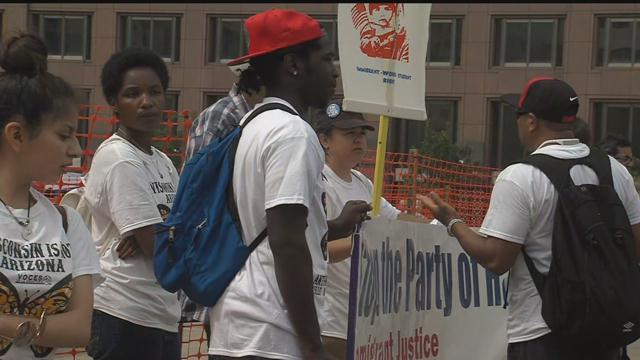 Local protesters with the immigration rights group Voces de la Frontera are protesting outside the convention this afternoon.

They're joined by dozens of other protest groups including the "Coalition to stop Trump" and March on the RNC.

A caravan from Milwaukee left last night. They plan to protest throughout the four day convention.