Vigil held for two Kenosha children killed by their mother 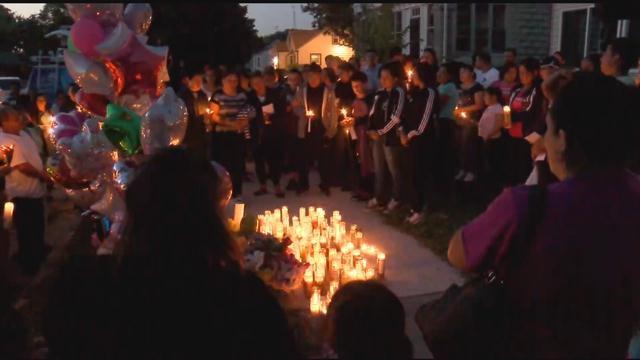 A Kenosha mother is sitting in jail on five million dollar bond after investigators say she killed her two young children over the weekend.

Hundreds of people, including the children's father gathered in front of their home to remember the two little lives gone too soon.

Three year old Alicia and one year old Javier were lifted up in prayer tonight, candles lit in their honor, donations taken for their funeral, as their father, family members and friends looked on.

Earlier Monday in a bond hearing, the Kenosha County assistant district attorney gave details of the children's gruesome murder. Both were given medication like Motrin, with the intention to be put to sleep by their 34 year old mother Lucia Hernandez Alvarez, then both were suffocated with plastic bags.

She told police she was depressed and wanted to kill the kids, then herself.

"All throughout this the defendant kept notes and wrote down details including when the kids stopped breathing. She also wrote it down beforehand. She wrote it for her partner Juan Javier so he would know what happened," said the ADA.

We spoke with a close family friend who says they're taking this day by day.

"This feels really good to show the love they have for the family. There's a lot of kids and family members and people maybe they're not related but they're here for the kids too," said Rosalie Gutierrez.

We spoke with Hernandez Alvarez family who says she never showed any signs of depression.
Her next court appearance is Thursday. That's when official charges will be filed.