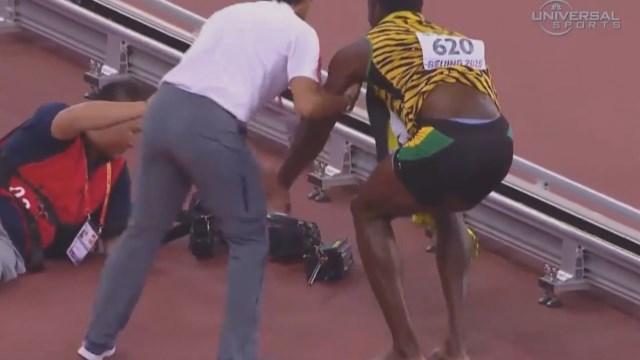 Usain Bolt, known as 'Lightning Bolt' because of his speed has been taking gold at the World Athletic Championships in China.

Bolt won gold in both the 100 and 200 meter sprints. Both races pitted him against American favorite Justin Gatlin.

Despite his speed, just after winning the 200 meter sprint on Thursday, Bolt couldn't outrun an approaching Segway.

In the video above you see a Segway riding cameraman lose control of his Segway and take Bolt's legs out from underneath him.