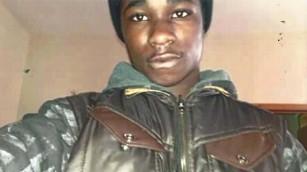 Video of a deadly police shooting in Chicago has been released. Cedrick Chatman, 17, was shot as he fled from two officers January 7, 2013.

A federal judge on Thursday ordered the city of Chicago to release videos showing the fatal police shooting of an unarmed teen three years ago.

The city had opposed the release of the videos for three years, including as recently as December 23, just weeks after Mayor Rahm Emanuel pledged a new era of transparency.

However, the city late Wednesday filed a motion to vacate its previous objections. After the judge's ruling, the city said it would release the videos Thursday afternoon.

In ordering the release, U.S. District Court Judge Robert Gettleman scolded the city and mayor's office, saying it was "irresponsible" to waste taxpayers' money and the court's time with its previous opposition the video's release.

"I'm very disturbed at the way this happened," Gettleman said. "This should not have happened the way it did."

He blasted city attorneys for their December 23 motion in which they stated it was not clear from the videos who fired at Chatman. Gettlemen said that wasn't true: "It's clear to me who fired the shots."

The video, the judge said, shows Officer Lou Toth in "hot pursuit" of Chatman on a sidewalk, running so close to the teen that when shots rang out "you might say he was in the line of fire."

Toth's partner, Officer Kevin Fry, was the one who opened fire, the judge said, adding that he was "in the middle of the street" when he shot at the teen.

"You can see it," Gettleman said.

That's something, he said, people will soon see for themselves.

Attorneys for Chatman's mother, Linda Chatman, have filed a wrongful death suit against both officers. The judge said the key issue at trial will be "whether Officer Fry had cause to fire his weapon at Chatman."

In Thursday's hearing, Jonathan Green, an attorney representing the city, said the city decided to drop its objection to the video's release as part of the mayor's new efforts at transparency, saying a task force is currently examining a new policy on how to handle videos of police shootings. The city had long opposed the release of such videos while investigations and court hearings were underway.

"The city recognizes, however, we're in a new world," Green said.

He confirmed there were no pending criminal investigations against the two officers in the Chatman shooting. The officers remain on their beats.

Brian Coffman, the lead attorney for Chatman's mother, told reporters after the hearing that his team was "very happy" about the judge's decision and questioned the city's sudden change of heart.

"They've had over 2½ years to be transparent in this case," he said. "Very shortly, you are going to see what happened on January 7, 2013. You're going to see a young kid running away from police in broad daylight when he was shot and killed.

"From the day that this shooting occurred up until now," he said, " the city has ... kept quiet about this."

The shooting of Cedrick Chatman

According to the police account of the shooting, Chatman ditched a stolen car and ran from the two officers. As Fry and Toth pursued on foot, police say, the 5-foot-7, 133-pound Chatman turned toward them.

Fry told investigators he feared for his partner's life and fired four shots. Fry pursued from the middle of the street, his Sig Sauer .45-caliber handgun drawn.

"As Mr. Chatman approaches the corner, he makes a slight turn, a subtle turn to the right with his upper body. I see in his right hand a dark gray or black object," Fry said, according to court records.

"It was a small black object, which I believed to be a handgun."

It turned out the teen was carrying a black iPhone box.

Asked during a deposition whether the object was ever pointed at the two officers, Fry said, "No."

When Chatman made the slight move to his right with his torso, Fry said, he immediately planted both his feet and took a firing position. He did not say anything or give any orders before opening fire.

"I felt his threat was as such that I didn't have time to say anything."

When shots rang out, Toth was still trying to close in on Chatman. "I slowed my pursuit 'cause I didn't know where (the shots) were coming from," Toth said, according to police reports.

Toth said he moved in to handcuff the suspect while he was on the ground. He noticed there wasn't an object in his hands.

Coffman, the attorney for Chatman's family, gave a much different description on Thursday of Toth handcuffing the teen. He said the officer put his boot into the slain teen's back after cuffing him, as if it was a "trophy kill."

The original independent police investigator wanted to rule that the shooting was unjustified, saying the teen fled from Fry and Toth without posing a threat or turning toward them. That investigator,Lorenzo Davis, said he was fired when he refused to change his findings to a justified shooting.

A new investigator was assigned and ruled the shooting justified.

Fry has had 30 complaints lodged against him over the years, including 10 allegations of excessive use of force. The police department found every complaint against him to be unwarranted.

In one case in 2007, Fry and a partner shot a 16-year-old black male in a school alcove after seeing a shiny object around his waist and fearing for their lives. The object wasn't a weapon but a "shiny belt buckle," according to an independent investigation of the shooting. The shooting was deemed justifiable, but CNN learned the city settled with the teen and his family for $99,000. There was no admission of guilt as part of the settlement.

CNN's Rosa Flores and Bill Kirkos contributed to this report.