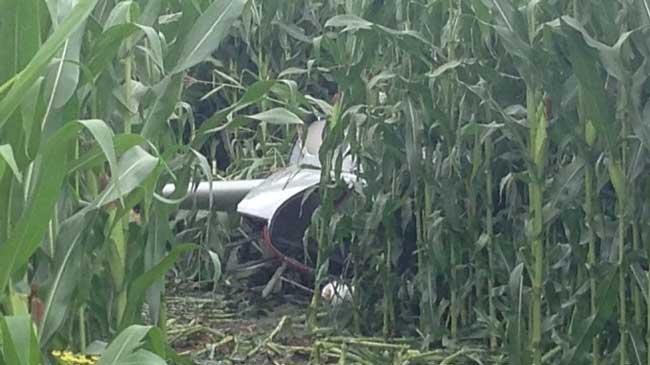 A crop-dusting helicopter went down in a cornfield in Racine County Friday morning. The pilot was injured. Nobody on the ground was hurt.
\"He came to the end of the field and he dropped back down to make another pass,\" explained Sgt. Bill Mattke of the Racine County Sheriff's Office. \"He hit a single power line that feeds the farm house.  He must have gotten caught by his skid, by eyewitness statements and then spiraled to the ground.\"
It happened shortly after 11 a.m. in Dover.
Sgt. Mattke said the pilot's injuries did not appear to be life threatening.
The FAA has been contacted and the incident is under investigation.
Flight for Life confirmed it was called to the scene, but the crew was unable to go because of another call.
This is the second helicopter crash in two months in Racine County.
A helicopter crashed on July 12 at Guntly Airport in the town of Norway.
Share this article: