VIDEO: Did an Ohio State fan get caught cheating on live TV? 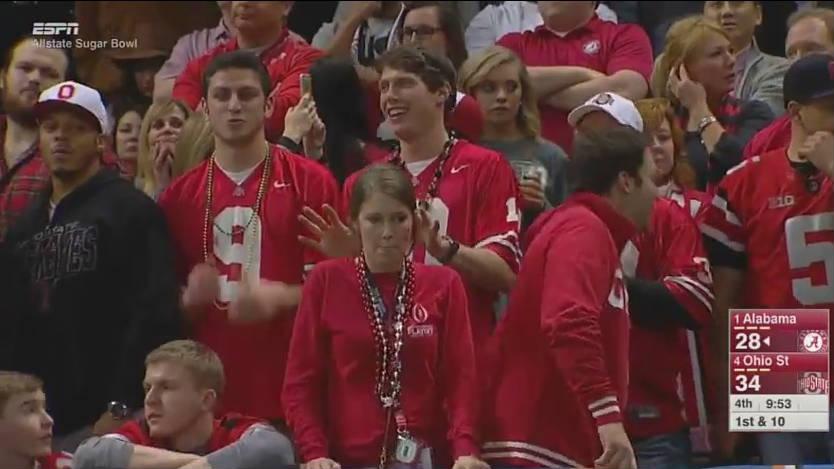 The internet is buzzing about an awkward TV moment during the Sugar Bowl where Ohio St. beat the Alabama. The broadcast switches to a shot of a female fan, who began rubbing the back of the man next to her. Things get awkward when she realizes she's being filmed. The girl takes her hand off the man sitting next to her. The awkward moment was first posted on Vine, and has been viewed more than 52 million times. The original video posted to Vine was called, \"When you're at the game with your side dude and realize you're on TV.\"

UPDATE: Gawker.com reports the girl in the video is actually involved in a relationship with the man in the video. A family member confirmed it via her Facebook page. The internet is still wondering why she awkwardly withdrew her hand on live television. The world may never know...