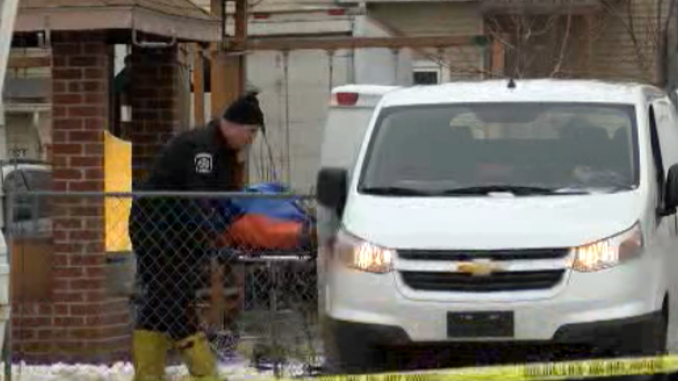 UPDATE: The victims from the March 5 homicide in the 900 block of West National Avenue are identified as Hermalinda Arvelo and Arturo A. Arvelo.  The suspect in this case, Carmen T. Arvelo-Schwingle, committed suicide at McKinley Marina shortly after the homicides.

ORIGINAL: A 41-year-old woman killed her step-mother and 12-year-old half brother at their home on Milwaukee's South Side Saturday morning before turning the gun on herself.

Just before 11:30 a.m., the woman entered the home at 939 West National Avenue and shot her father's wife, a woman named Melinda and then Melinda's son Arturo.

“My son called me and said that the family member told me that Melinda and Arturo were dead," said a family member who only wanted to be identified as Tess.

The shooter has a history of mental health problems and had just purchased the gun, Tess told CBS 58.

A few hours after the Melinda and Arturo were found dead the suspect's body was found on the rocks at McKinley Marina.

Meanwhile police continued there investigation on West National Avenue blocking off streets in the area.

Family members waited outside visibly distraught – comforting each other as the coroner moved the bodies from the home. People who live nearby tell us they are also in disbelief.

For family members, there are more questions than answers. For the father who walked in and found his family dead, there is a long road ahead.

"I’ve never seen him like this. He’s a very happy type of personality. He’s just numb and devastated and kind of feels its his fault for leaving the house.”

Police tell us this investigation is ongoing.