Victim's Grandmother Showered With Love on Flight to Orlando 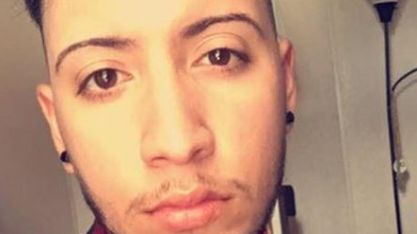 CBS NEWS - On Tuesday, the grandmother of Orlando shooting victim Luis Omar Ocasio-Capo -- who was gunned down at 20 years old -- boarded a JetBlue Airways flight to Orlando to join her family to mourn her grandson's death. But what could have been a standard, anonymous flight experience turned out to be something much more.

"JetBlue employees made sure to be at her side every step of the way," she wrote. "Melinda stood quietly by her wheelchair while we waited until it was time to board. Kellie, the gate agent, boarded with her and helped get her settled. Melinda and I gave her a blanket, a pillow, a box of tissues and water so she could be as comfortable as possible. She was understandably distraught, but met us with kindness and gentleness. And gratitude."

The story didn't stop there. Karas said she had an idea to pass around a piece of paper so everyone on board could sign condolence messages for the grieving grandmother. She and her fellow flight attendant, Melinda Sloop Winstead, whispered the plan to passengers one by one while taking their beverage orders.

"Halfway through, Melinda called me, 'Kel, I think you should start another paper from the front. Folks are writing PARAGRAPHS.' So I did. Then we started one in the middle. Lastly, running out of time on our hour and fifteen-minute flight, we handed out pieces of paper to everyone still waiting," she wrote.

By the end of the flight, the crew had much more than one sheet of paper covered in names, as they'd originally imagined. Instead, they had pages upon pages of long messages offering words of condolence, peace, love and support.

"There were even a couple of cash donations, and more than a few tears," Karas wrote.

Upon landing, Karas made her standard landing announcement along with the added words "JetBlue stands with Orlando." Then, at the request of several passengers and with the grandmother's permission, the plane held in a moment of silence in Luis Omar Ocasio-Capo's memory.

As the passengers deplaned, every single passenger stopped to offer the grandmother his or her condolences, Karas wrote.

"Some just said they were sorry, some touched her hand, some hugged her, some cried with her. But every single person stopped to speak to her, and not a single person was impatient at the slower deplaning process," she said.

"In spite of a few hateful, broken human beings in this world who can all too easily legally get their hands on mass assault weapons - people ARE kind. People DO care," she wrote. As of this posting, Karas' Facebook status has been shared more than 73,000 times.

The passenger's grandson, Luis Omar Ocasio-Capo, and Mercedez Flores, another victim, both worked together at a Target store in Orlando. Yesterday, their co-workers held a moment of silence in their honor.

His sister, Belinette Ocasio-Capo, told the Associated Press that her brother's true ambition was to be a star.

"He would always call me and say, 'I'm going to be the next Hollywood star,'" Ocasio-Capo told the AP. "Now his name ended up being all around the world, like he wanted -- just not this way."