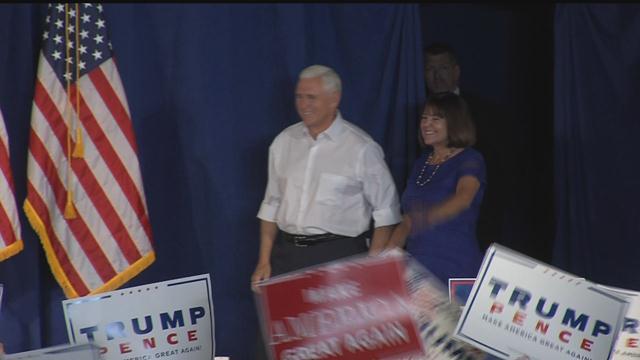 Pence has told reporters he's fine and no one on board appears injured.

The plane made a rough impact when it landed. The pilot slammed on the brakes and travelers could smell burning rubber.

Pence says mud splashed on the front windows of the cockpit.

Passengers, including Pence, are being evacuated through the back of the plane.