Vets "deflate" dachshund that ballooned to 3 times his size 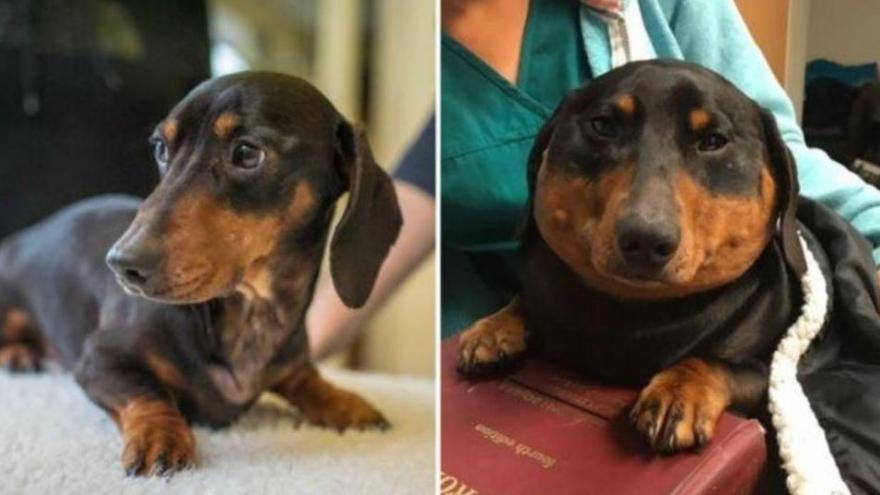 (CBS News) -- Trevor the British dachshund tripled in size due to a rare skin condition, but is back to his smaller self after vets operated to "deflated" the pup.

The 4-year-old sausage dog was rushed to a local emergency vet when his owner Fran Jennings noticed he was experiencing severe bloating and breathing difficulties, BBC News reports. "He'd blown up like a balloon," said Jennings.

After taking several X-rays, veterinarians discovered that air was being forced and trapped under the pet's skin. This pressure was also affecting his heart. He was diagnosed with subcutaneous emphysema, a rare condition.

"I have never seen a case like this before and it was a new surgery for me," operating vet Michelle Coward of Beech House Surgery told BBC News. "Every time he took a breath, some of the inhaled air escaped through a hole in his windpipe."

Coward's surgery stitched the opening in the dog's windpipe to relieve the pressure and deflate the ballooned pup back to his normal size.

According to Jennings' daughter, Jessica, there have been no lasting impacts on Trevor.

"He's back to his normal self, chasing the chickens and we wouldn't have him any other way," she said.