Veterans groups fighting for a state law to be overturned 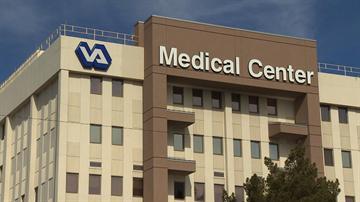 MADISON -- Two veterans groups joined the Wisconsin Asbestos Victims Network and state lawmakers to announce they support a bill that would overturn the law known as Act 154.

\"Last session was a major black eye. Act 154 was the greatest disservice to veterans that I’ve seen in my six years in the Legislature.\" said State Representative Nick Milroy (D-South Range).

Democrats say, In Wisconsin, veterans have filed more than 60 percent of asbestos poisoning lawsuits over the last 10 years.

They say Act 154 makes it harder to collect money in those cases, and it's hurting veterans the most.

In an email, Governor Walker's press secretary explained the reasoning behind Act 154 saying in part,

\"Its purpose is to stop trial lawyers from double dipping, which is a practice that ultimately further hurts those whom the trial lawyers are hired to represent.\" said Laurel Patrick.

\"There has never been one instance of that happening in the state of Wisconsin. Ever.\" he said.

Wachs is one of the key authors of the bill that aims to overturn part of Act 154, and re-opening the door for people to collect more money in asbestos poisoning lawsuits.

A lobbyist for a Wisconsin veterans group says more than 100-thousand veterans are standing together to oppose Act 154.

\"And we hope that the Republicans in both the Assembly and the Senate, as well as whoever the governor may be in January, looks at Representative Wachs' bill and sees it is a fix.\" said Jason Johns, legislative officer for the Military Order of the Purple Heart of Wisconsin.

Early this month Democratic candidate for governor, Mary Burke, said she wanted legislation to overturn Act 154. And her campaign spokesman said Monday; she is in favor of what the Assembly Democrats are proposing.