Venice Island is a favorite for food at Summerfest 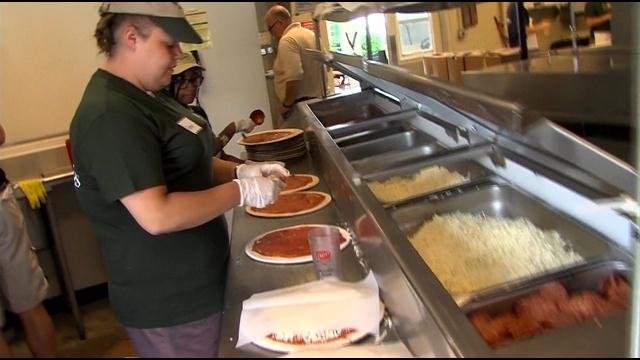 What does it take to provide the good people of Summerfest with the all the deep fried goodness they ask for?

We went to the the owner of Venice Club owner for the answer.

After all, it's one of the longest running food vendors at the Big Gig.

They've been cooking up Italian goodies for 41 years. He says there's a real sense of family on the grounds.

\"Say I run out of a product,\" explained Sal Balistreri. \"I can go right over to the Charcoal Grill or Wong's Wok and tell them who I am and they say take it!\"  Replace it tomorrow. This is the unity we do have with Summerfest and with the vendors down here.\"

Venice Club also serves food at the ethnic festivals including German and Irish Fest, but say there's nothing like Summerfest.

\"It's where people get back together again, you know, that one time out of the year for 11 days you're a family.\"

CBS 58's Bill Walsh and Michele McCormack did a live sampling of some of Venice Club's specialities during the live broadcast on the Summerfest Grounds of the CBS 58 News at 4:30 p.m.

Michele was partial to the chicken Parmesan sandwich that was filling and flavorful but not heavy.