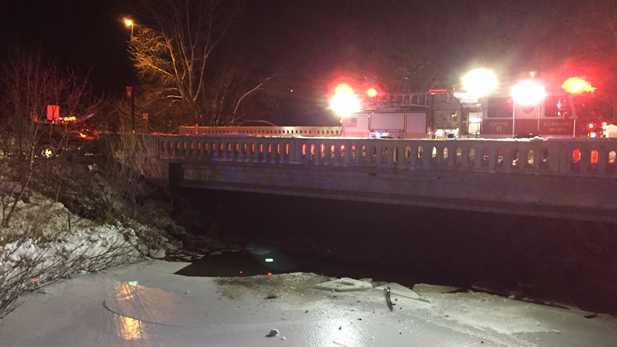 An inebriated driver got a bit of a bath late last night in Kenosha when the vehicle he was driving went off Alford Park Drive, which is also Highway 32, went over an embankment and plunged into Pike Creek.   According to the Kenosha Police Department, the accident occurred around 11:20 at the Pike Bike Trail Bridge near Carthage College.  The driver, the lone occupant, was able to get out of the vehicle and to shore on his own.   The Kenosha Police, Fire and Dive Response team were called to the scene.   Other than cold and wet, the driver did not suffer any injury.  He will, however, according to the Police, face charges of operating a vehicle while intoxicated.