Vehicle crashes into side of Beloit home, causing fully-engulfed fire 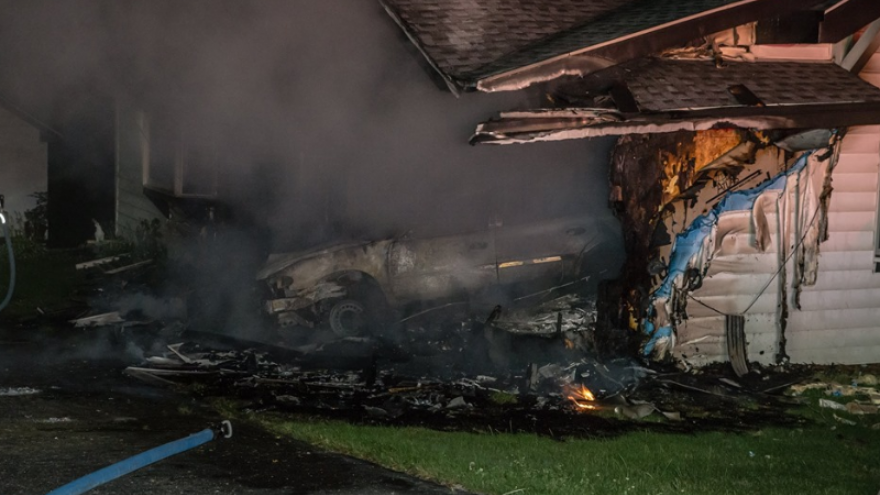 Crews were called to a home near Riverside Drive and Inman Parkway around 2:38 a.m. on Sunday for a report of a fire.

Upon arrival, crews could see heavy flames coming from the southeast side of the house. Evidence on the roadway and damage to the home indicated that a vehicle had crashed through the house and was fully engulfed in flames.

The car fire was quickly extinguished and the vehicle was found to be unoccupied.

The home was also unoccupied.

According to the Beloit Fire Department, the home could not be saved and a backhoe was brought to the scene to help tear apart the house so that it could be fully extinguished.

The car versus home accident remains under investigation.