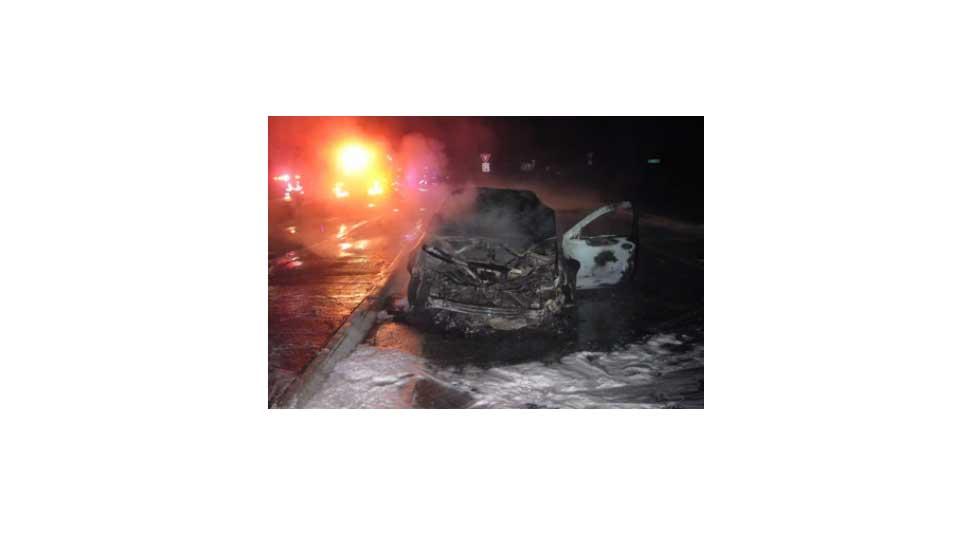 A Racine woman lost control in a round about on Sunday morning causing her car to crash and catch on fire.

Washington County Sheriff’s Office responded to a single vehicle accident near the roundabout on Cty Tk NN and Jackson Dr. in the Town of Jackson on Sunday morning at 3:13 a.m.

The investigation revealed a 26-year-old City of Racine woman left a party in the City of Kenosha and was headed home to Racine.

She became lost and ended up westbound on Cty Tk NN and struck the roundabout at Jackson Dr. She proceeded over the top of the roundabout at a high rate of speed and tore off the vehicle’s oil pan after striking the concrete curb.

This subsequently caused the vehicle to catch fire and was fully engulfed in the middle of the roadway when the squad arrived.

She was arrested for OWI first offense and cited for operation after suspension 11th offense and no insurance. The breathalyzer result was .18.