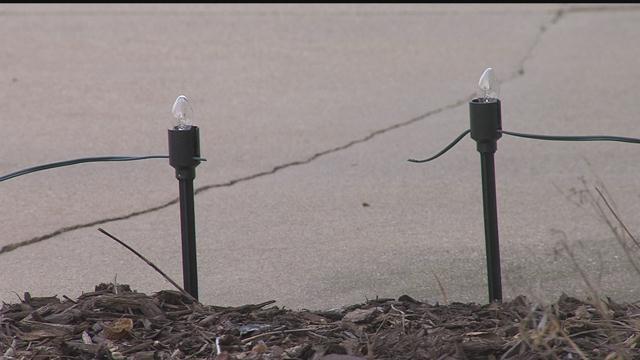 Barry Leis did his best to keep the season bright for his family.

"I started replacing strand by strand," he said.

But it wasn't enough to the keep vandals away.

"If it's one or two times, maybe it's a joke, practical joke," he said.

"Ten times, which is since Halloween," said his wife Jennie Leis." [It's] very shocking."

The family's Waukesha home has been targeted 10 times in less than two months. The vandals bold enough to cut the cords to their holiday lights day or night.

"They got cut like this," said their young son. "I think they had scissors."

At first, Barry said the cords were cut in the middle so he could fix them. But lately, things have changed.

"They're cutting the cords very close to where the power source is and when they do that, the whole strand goes out," he said.

So, the family just stopped turning the lights on, only a few bulbs work, and removed other holiday decorations. It's a heartbreaking reality for their kids during a jolly time of year.

"They don't understand when they're looking around the neighborhood and looking at everybody else's lights," Jennie said.

"They'll ask us who's damaging it, so we have to explain that there's some bad people in the world," said Barry.

The parents hope to catch those bad people. They're now exploring options to install security cameras.

"We're just hoping to figure this mystery out," said Jennie.

The family said Waukesha police believe it's a teenager causing the trouble, but none of their neighbors have reported any damage. Officers have told the family they would patrol the house and neighborhood more often to keep a look out.