SHARON (CBS58) --The Valley of the Kings Sanctuary & Retreat is preparing for Kubwa's 19th birthday party on Sunday, May 26. Kubwa is a Bengal tiger who has been at the sanctuary since he was four months old. All of the money raised will go towards replacing the big cat enclosures at VOTK. 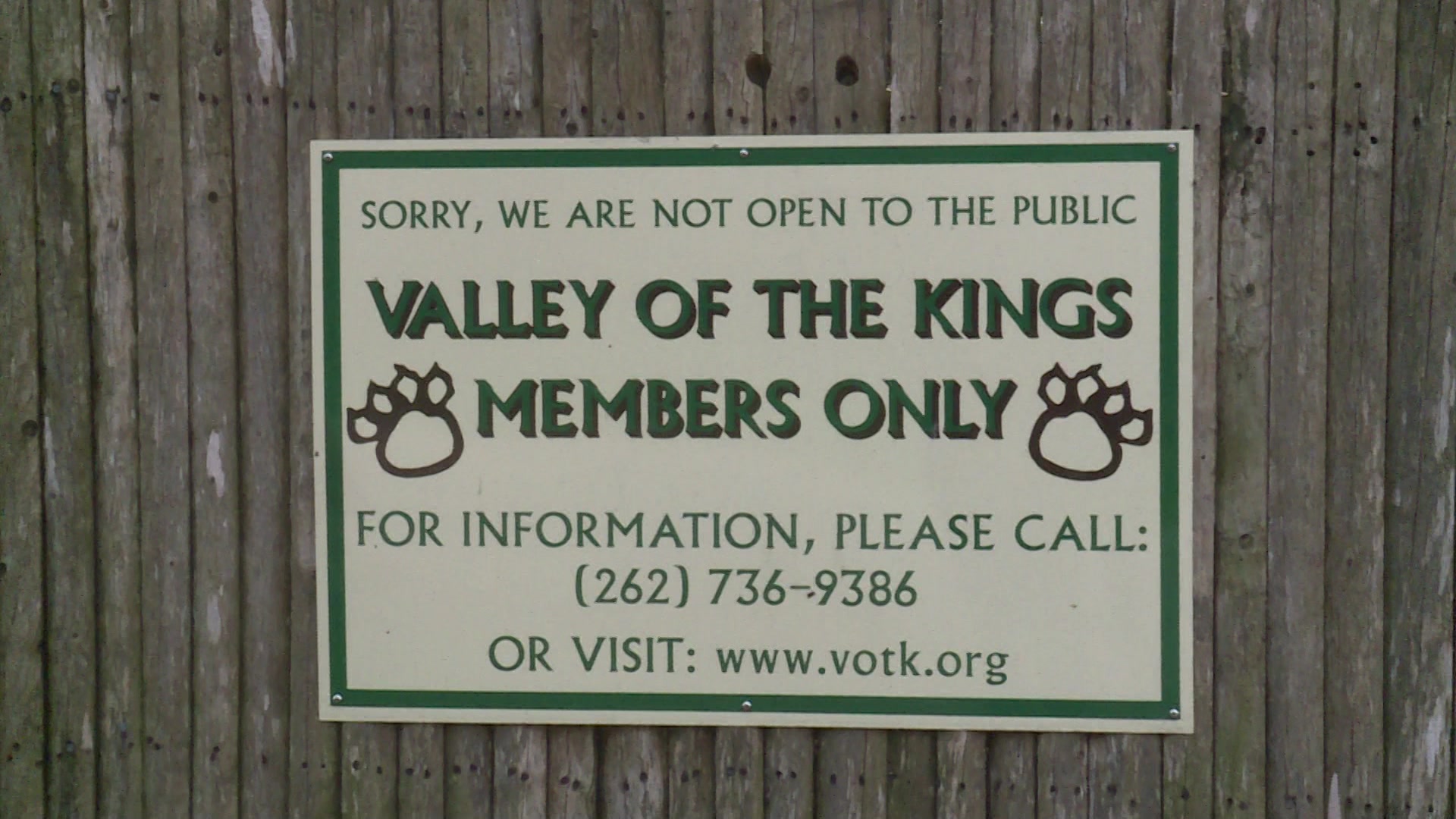 VOTK is a private, non-profit sanctuary that's home to abused, abandoned, retired, injured large cats, exotic and domestic animals non-human animals. It is closed to the public but is open to members.

"I love the elderly and I love the misfits," said Jill Carnegie.

Carnegie and her husband founded the sanctuary nestled in Walworth County 46 years ago.

“We have goats, a big land tortoise then lions tigers, a leopard, bear, pretty much anything that comes our way. The only thing we can’t rescue is dogs," said Carnegie.


It's federally licensed and rescued animals from all over the country.

“The animals come in from USDA seizures, the DNR brought us cougars and things like that we get calls for people that buy an animal illegally and then it’s like what do I do with this?  So they call us and they bring them out and we pick them up. They come from all walks of life," said Carnegie.

There are over 100 animals and taking care of them is no easy task.

“It takes a whole village to do what we do," said Carnegie.

There are 40 volunteers and 4 staff members that care for the animals 365 days of the year. Their work comes from a place of love. The bond between the animals and Jill is strong.

One animal that is especially close to her is Kubwa.

"We have tiger named Kubwa, his owner used to live in big bend Wisconsin and she discovered that he is not a house pet," said Carnegie.

VOTK will be celebrating his birthday on Sunday, May 26. All the money raised will go towards building big cat enclosures. So far, a GoFundMe account has raised over $19,000.

Throughout the year, they rely on donations to keep their mission going.

"Eventually what I’d like to do is to expand so we can do more and we can rescue animals if it’s meant to be and if its not we work with what we have," said Carnegie.

To find out how to become a member or donate, click here.