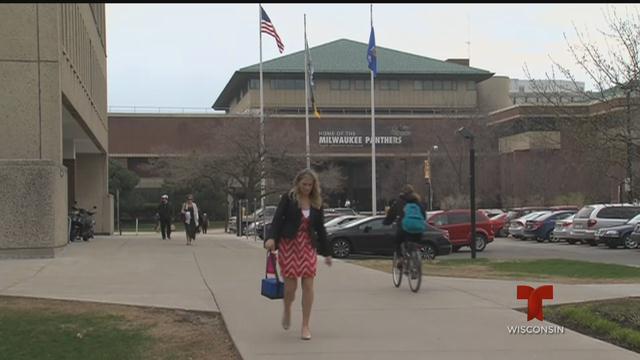 Thursday night will be a huge night for the University of Wisconsin Milwaukee.

All eyes of the political world will be fixed right there.

Leadership on the campus has been excited since the debate was announced last month, and since then the buzz has traveled onto students.

Many of the students say they are torn between Hillary Clinton and Bernie Sanders, and say they will be listening closely to what each candidate says.

UWM senior Jackie James said, "As a young black woman I think it is important that we all vote but I also think it's our own responsibility to take it upon ourselves to know what's going on in an election"

UWM freshman Ben Scotty said, "Now that it's only down to two candidates they are going to be very large camps on both sides."

Those camps for each candidate are so large, the head of the UW-Milwaukee College Democrats says there's an even split between Bernie Sanders and Hillary Clinton supporters.