MADISON, Wis. (CBS 58) – Former Vice President Joe Biden grew his lead over President Donald Trump among likely voters in key battleground states of Wisconsin, Michigan and Pennsylvania heading into the final week of the presidential campaign, according to a survey by UW-Madison’s Elections Research Center. 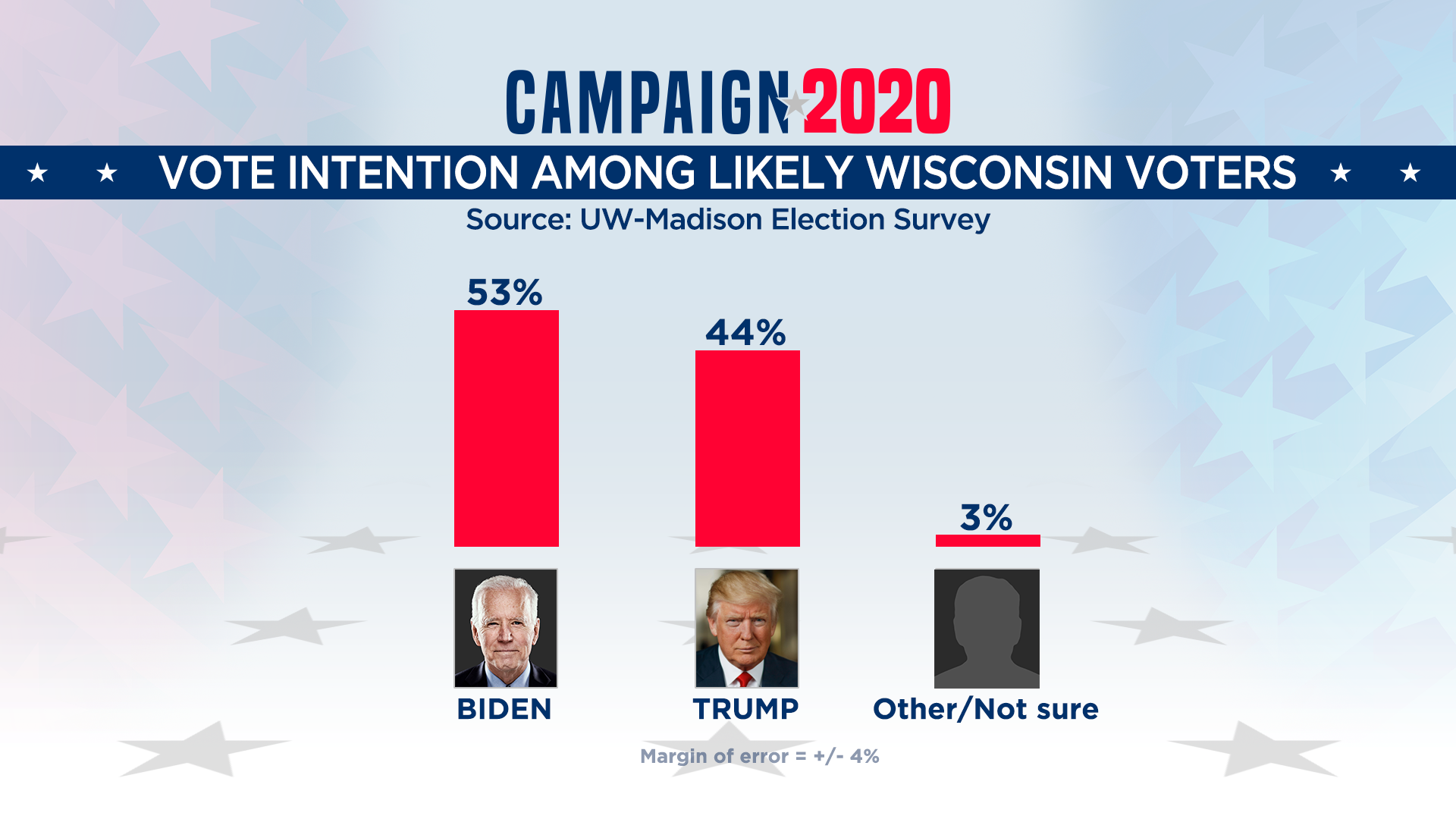 The Battleground Survey found Biden leading in Wisconsin, 53 percent to President Trump’s 44 percent, an increase of five points from the last survey in September.

Members of the Elections Research Center said the increases are likely attributed to the shrinking number of undecided voters as Election Day approaches. They see many of those former undecideds siding with Biden.

“[Biden] seems to be gaining support from people who were previously undecided or had been previously planning to vote for a third-party candidate,” Eleanor Powell, a political science professor at UW-Madison and member of the Elections Research Center, told CBS 58 in an interview. “So, it’s not that President Trump is losing support, it’s just that undecided folks, the sort of middle who haven’t decided between the two candidates are going over to Biden disproportionately.”

There’s also a stark contrast among Biden and Trump supporters over voting methods. 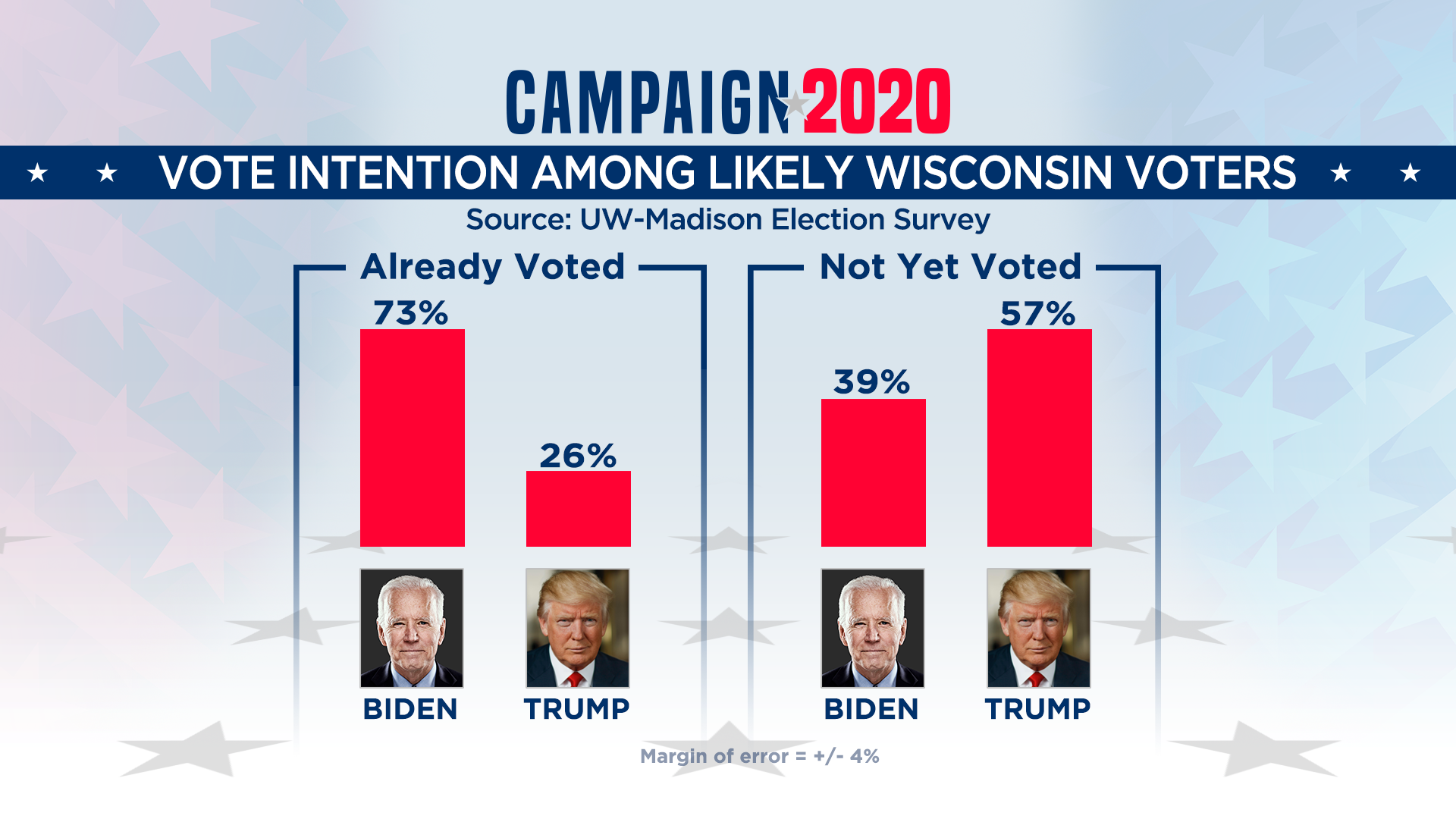 In a statement, Trump Victor spokesperson Anna Kelly said the campaign is looking, “forward to winning the only poll that matters on Election Day.”

In 2016, then-candidate Trump trailed in Wisconsin by six points in the final Marquette University Law School Poll but went on to win the state by fewer than 23,000 votes. Between Wisconsin, Michigan and Pennsylvania – the so-called ‘Blue Wall’ – flipped to Trump thanks to fewer than 80,000 votes.

“We can’t take anything for granted,” State Treasurer Sarah Godlewski said Monday while campaigning for Biden on the UW-Madison campus. Godlewski emphasized Democrats do not plan on repeating mistakes from the last presidential election.

“We need to make sure we get out the vote. We’re making phone calls, we’re literally dropping literature, because this election is going to be really close and the road to the White House runs through Wisconsin."

The state is solidifying its status as a battleground as both presidential candidates makes stops in Wisconsin this week.

Trump will hold a rally in West Salem outside La Crosse on Tuesday while Joe Biden plans on making his third visit to the Badger State on Friday, Oct. 30.

There will be one final snapshot on how the state will likely vote ahead of Election Day when the Marquette University Law School Poll releases its last set of data on Wednesday, Oct. 28.

Complete results from the UW-Madison survey can be found here.