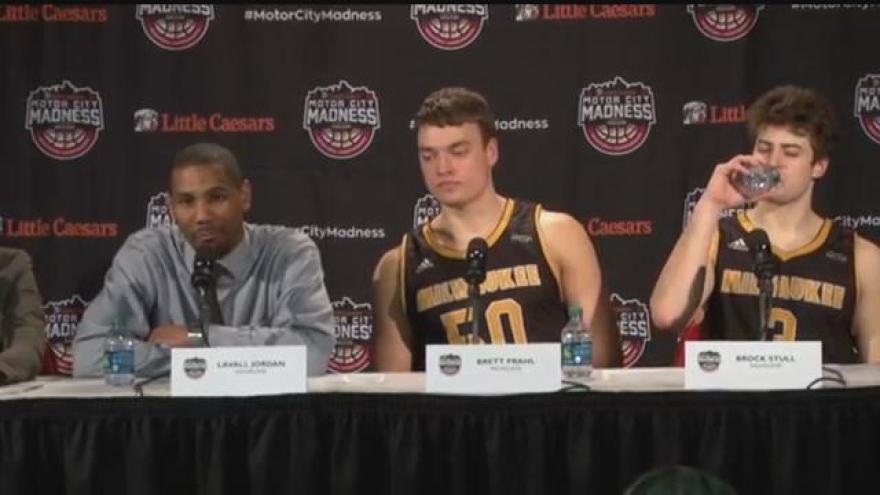 The UW-Milwaukee Men's Basketball team is just one win away from clinching their ticket to the NCAA tournament.

They would be the first team in history to make it the tournament with 23 losses under their belt.

The 8 and 23 squad came into the horizon league tournament as the 10th seed.

That's dead last. In the league's history the 10 seed has never won a single game.

The Panthers have won 3 and are 40 minutes away from the big dance.

Northern Kentucky is the only thing standing in their way. The red hot panthers are 6 point underdogs.

No problem, they've been underdogs all tournament.

The Panthers are at their team hotel right now, I'll be over there in a few minutes to talk to Coach Jordan before tipoff.