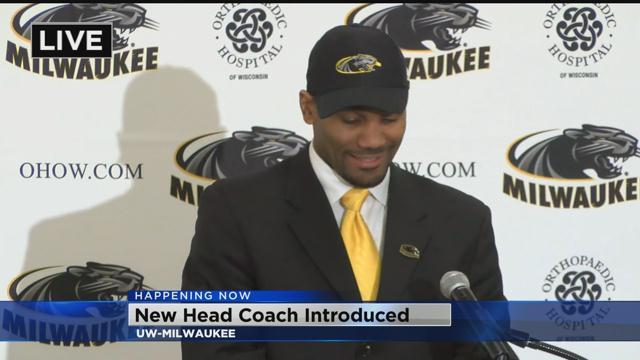 The Rob Jeter era is gone, but not forgotten for many at UW-Milwaukee.

But today, 22-days after the men's basketball coach was fired a new coach was introduced to take his place.

Will the hiring of Lavall Jordan erase the hard feelings left by Jeter's dismissal?

UWM's new coach finds himself in a unique position the former top assistant at Michigan gets to lead a division one basketball program for the first time, but he has to convince some of the team's top players to stay and not transfer to other programs.

Jordan has spent time studying under some of the top names in the college coaching ranks.  Brad Stevens at Butler, John Bee-line at Michigan and just three years ago, Jordan and the Wolverines advanced all the way to the national championship game, so this guy knows big games and big situations. His directive is simple become one of the top three teams in the horizon league, something UWM Athletic Director Amanda Braun said led to Rob Jeter's dismissal.Jordan is confident and ready to get started.