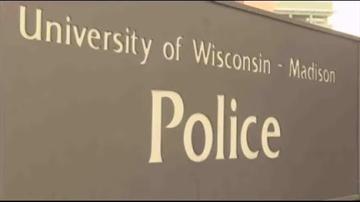 MADISON-- University of Wisconsin-Madison Police Department is apologizing for a blog post it made earlier this week. That post out raged sexual assault victims advocates.

It included the term  a \"victim looks like a victim!\"
Thursday, the chief of the department says that post was never intended to be directed at sexual assault victims.

\"This one got a mixed message, that's not acceptable. We fixed the message as soon as it was brought to our attention and we've apologized.\" said UW-Madison Police Dept.Chief Susan Riseling

This blog post, titled Shedding the Victim Persona, was put up Tuesday on the UW-Madison Police Department website.
It was taken down not long after the department started hearing complaints.

\"We take their feedback very seriously and got on it right away, as quickly as possible.\"

The original post included common tips for staying safe on campus, like not walking alone, and not walking in dark areas.
But it also included tips on not being target, and the phases 'a victim looks like a victim.', and 'if you present yourself as prey, then expect to attract some wolves.\"

\"It's clear that many members in the community read from the viewpoint of talking to sexual assault victims.\", said Ian Henderson, Director of Legal Services at Wisconsin Coalition Against Sexual Assault.

The words 'sexual' and 'assault' were never written in the original post.
UW-Madison's Police Chief says that's because the post was not about sexual assault, it was about street robberies.

Henderson  says the post gave off the dangerous perception the department is victim blaming.
He says that type of mentality leads to most sexual assault crimes going unreported.

\"Looking at the widespread attention sexual assault has been getting this year, it's concerning when that message comes from the biggest campus in our state.\" Henderson said.

Riseling says her staff certainly does not blame victims in sexual assault cases, and she says, her department has never been more committed to preventing sexual assault on campus.

\"Now all we can do is move forward and ensure there is never a mistake again.\" she said.

She also says the post was written by a police officer who is not a professional writer, and she says, editors who review posts should not have allowed the post up online before suggesting changes to the phrases that were misinterpreted.