Utah Governor says He will Approve Strictest DUI Limit in US 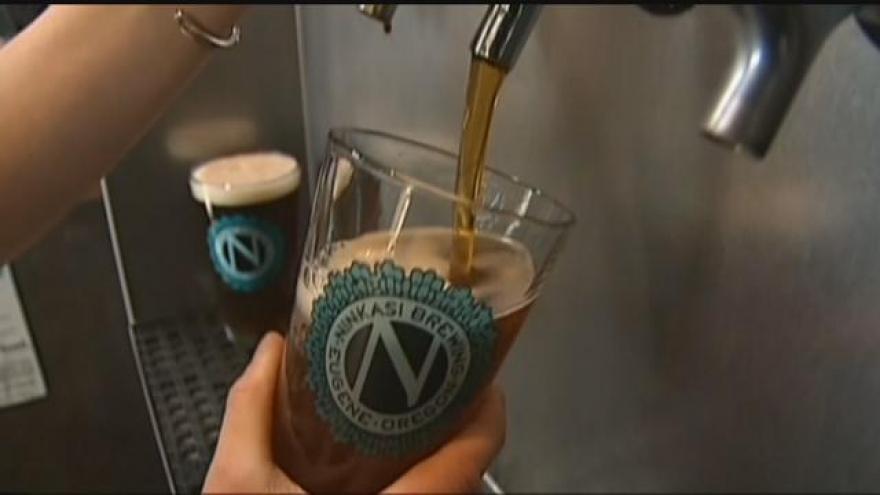 SALT LAKE CITY (AP) — Utah's governor announced Thursday that he will sign legislation giving the predominantly Mormon state the strictest DUI threshold in the country, a change that restaurant groups and representatives of the ski and snowboard industry say will hurt tourism.

Republican Gov. Gary Herbert said he plans to approve the measure lowering the blood alcohol limit for most drivers to .05 percent from .08 percent and that it will save lives.

Opponents had urged him to veto the bill, saying it would punish responsible drinkers and burnish Utah's reputation as a Mormon-majority state that's unfriendly for those who drink alcohol.

"People are going to try to say this is a religious issue. And that is just absolutely false. This is a public safety issue," the governor, who is Mormon, said at a news conference.

Proponents say it will send a resounding message that people should not drink and drive — no matter how little somebody has had to drink.

Rep. Norm Thurston, a Republican who sponsored the measure, says it will make people think twice about drinking and driving.

If drivers are not impaired, they won't violate the law, Thurston said, because police won't measure someone's blood alcohol level until they have seen visible signs of impairment and the person fails a field sobriety test.

He has also pointed out that Utah led the country in 1983 by becoming the first state to lower its blood alcohol limit to .08 percent, and since then tourism has flourished.

Utah's Tourism Office said it's not concerned about the measure discouraging visitors, noting that a number of foreign countries such as France and Australia have similar laws and don't have a problem attracting tourists.

Across the country, the blood-alcohol content limit for most drivers is .08, but limits vary among states for commercial drivers or drivers who have had a past DUI conviction.

For several years, the National Transportation Safety Board has encouraged states to drop their blood-alcohol content levels to .05 or even lower, though local officials have not adopted the standards in part because of pressure from the hospitality industry.

Lawmakers in Washington and Hawaii had considered lowering their blood-alcohol limits to .05 this year but both measures appear dead.

In the meantime, Herbert said Thursday that he plans to call state lawmakers into a special session this summer because he thinks new law needs improving. He said he wants legislators to consider a tiered punishment system with less stringent penalties for those convicted of driving with a blood alcohol level of .05 to .07 percent. He also wants to look at punishments for multiple offenders and other distracted driving and unintended consequences that the lower limit will have on matters like auto insurance rates.

The American Beverage Institute says a 150-pound man would be over the .05 limit after two beers, while a 120-pound woman could exceed it after a single drink, though that can be affected by a number of factors, including how much food has been consumed.

Even before the measure, drivers in Utah with a blood alcohol level below .08 could still be charged if law enforcement could show the person was under the influence of alcohol and it impaired their ability to safely drive.

Utah has some of the lowest rates of fatal DUI accidents in the country. The population has been booming over the past decade, particularly as more people move in from other states, but the DUI arrest rate has dropped.

Mothers Against Drunk Driving has taken a neutral position on the measure.

J.T. Griffin, a government affairs officer for the group, said in a statement that MADD is focusing on "countermeasures that work, such as ignition interlock laws for all drunk driving offenders and sobriety checkpoints."