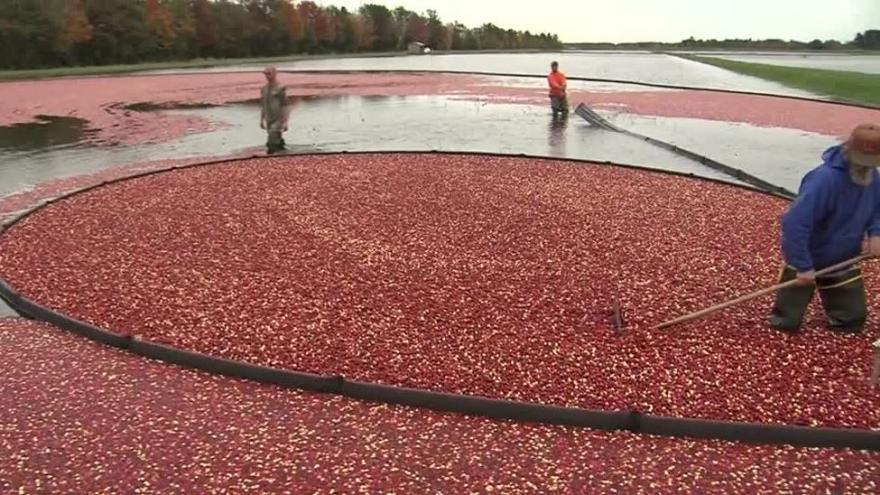 MADISON, Wis. (AP) — Wisconsin cranberry growers may have to reduce sales if the U.S. Department of Agriculture's federal market order is approved.

The USDA's proposal would limit the nation's cranberry crop to 75 percent of its typical size in order to decrease stocks and raise prices, Wisconsin Public Radio reported .

"The first one was to enact a 15 percent handler withholding on the 2017 crop, which USDA did approve earlier this year," he said. "It was thought with those two actions, the supplies and the inventories would start to stabilize, while at the same time the industry was working very hard on a longer-term solution to develop new markets and new products to spur sales of cranberry products."

The industry has used similar policies in the past, Lochner said.

Dave Hansen, manager of Dubay Cranberry Company, said he believes previous marketing orders helped raise prices in the short term. But he said he doesn't plan on growing fewer cranberries for the 2018 season.

"Anything can affect the crop during the year," Hansen said "So if you do short yourself, if you have a catastrophic hail event or something go wrong with the crop, then you're going to be really short, then you'll be putting yourself more in a bind than you already are."

The industry had hoped the agency would make a decision before the growing season began, Lochner said. Growers can sell extra fruit as cattle feed or soil supplements, he said.