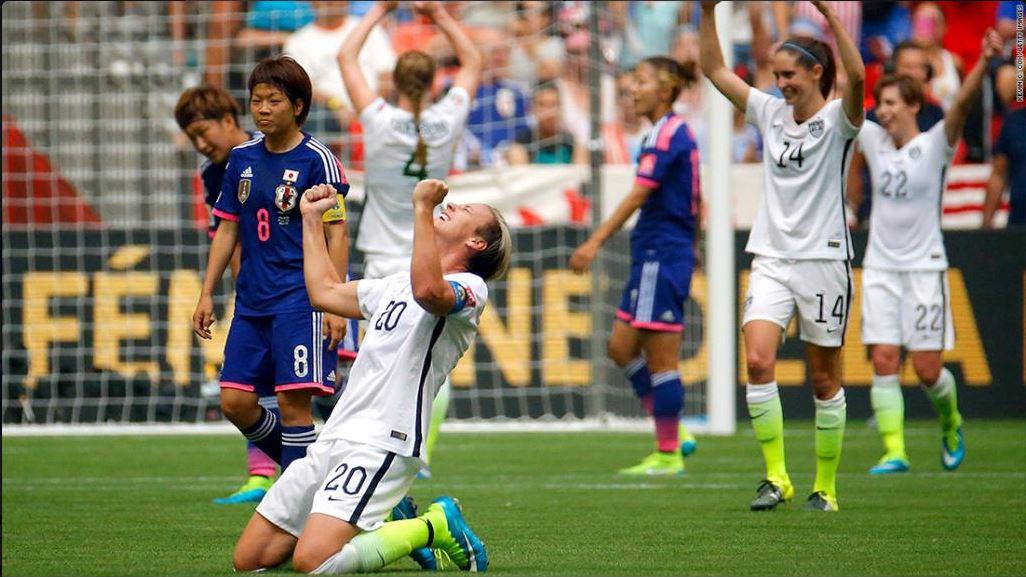 (CNNMoney) Players on the U.S. women's national soccer team say they are being discriminated against by being paid less than members of the men's team.

"The women's team does the identical work as the men's team, except they have outperformed in every way," said Jeffrey Kessler, a lawyer who represents the women. "The U.S. Soccer Federation made profit of $16 million on women's team last year. It had a loss on men's team."

Kessler said the women filed a complaint Wednesday evening with the Equal Employment Opportunity Commission, the federal agency that enforces equal pay law. It's the first step in what could become a touchstone in the debate about the pay gap between men and women.

The women's team won the World Cup last year and is among the favorites for the Olympics this summer. Its World Cup championship match scored the best U.S. rating ever of any soccer game -- men's or women's. It also drew more viewers than some other top-flight men's sporting events such as the World Series and NBA finals.

The U.S. men's team finished 11th in its own World Cup competition the year before.

"You can argue that based on their success, they're entitled to even higher pay, but the law only requires at least equal pay," Kessler said. "That just makes the case for equal pay all the more compelling."

Kessler said the women are paid between 28% to 60% less than men, depending on the kind of match.

The complaint was brought on behalf of all members of the women's team; the five team captains are the named complainants. "They feel strength in their unity," Kessler said.

The EEOC will now investigate the complaint and try to reach an agreement with the soccer federation. If it can't, it can file an enforcement action.

Spokesmen for the soccer federation did not respond to a request for comment early Thursday. The action was first reported in the New York Times on Thursday.