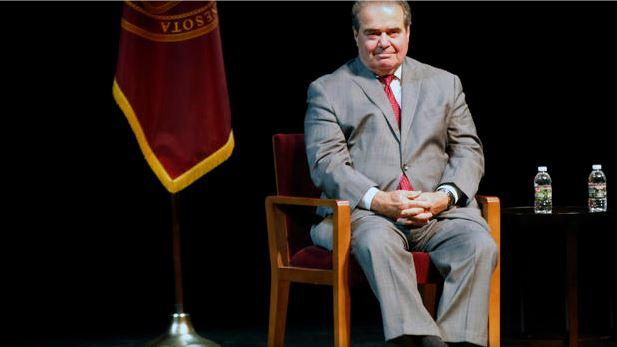 According to the San Antonio News-Express, which was first to report his death, Scalia was found dead in his room at a West Texas resort.

Scalia, 79, was one of the staunchest conservative members of the court. He was nominated in 1986 by President Ronald Reagan. He championed the philosophy of "orginalism," meaning he interprets the Constitution according to what he believes the original authors intended over 200 years ago.

In a 2008 interview with "60 Minutes," he told correspondent Lesley Stahl that he believes the Constitution is an "enduring" document he wants to defend.

"But you do admit that values change? We do adapt. We move," Stahl asked.

"That's fine," he answered. "And so do laws change. Because values change, legislatures abolish the death penalty, permit same-sex marriage if they want, abolish laws against homosexual conduct. That's how the change in a society occurs. Society doesn't change through a Constitution."

His replacement to the court would be President Obama's third nomination. He previously nominated Justices Sonia Sotomayor and Elena Kagan.