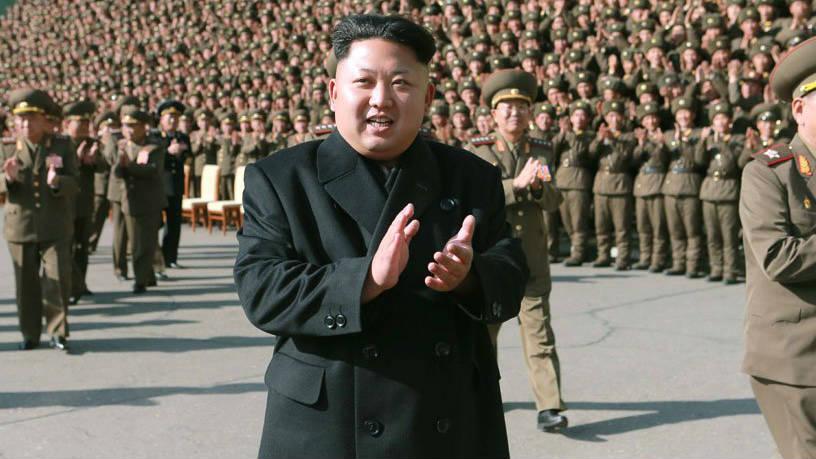 The United States is hitting North Korea with a new set of economic sanctions after determining the country was behind last month's computer hack at Sony.

The White House said new rules would prevent leaders in North Korea's government from accessing property and entering the United States. The isolated nuclear regime, which has denied involvement in the Sony hack, was already subject to a strict set of U.S. economic restrictions.

The Federal Bureau of Investigation has maintained North Korea was behind the broad computer breach at Sony, despite evidence from some technology experts that points instead to former employees of the studio. On Friday officials said the new set of sanctions was further indication of their confidence in North Korea's culpability, and said that private tech firms aren't privy to the intelligence proving Pyongyang's guilt.

President Barack Obama signed the executive order putting the new sanctions in place on the second-to-last day of his winter vacation in Hawaii. Before his vacation began in mid-December Obama said North Korea was responsible for the attack and the U.S. was preparing a response.

\"The order is not targeted at the people of North Korea, but rather is aimed at the Government of North Korea and its activities that threaten the United States and others,\" President Barack Obama wrote in a letter to House Speaker John Boehner.

The country poses a \"continuing threat to the national security, foreign policy, and economy of the United States,\" Obama wrote.

Among the agencies targeted by the new sanctions Friday was the Reconnaissance General Bureau, an intelligence agency the U.S. said was responsible for \"major cyber operations\" in North Korea.

Seven officials who represent North Korea's arms dealing trade in Africa, Iran, Russia and Syria were designated by the U.S. Treasury as subject to the new economic sanctions.

U.S. administration officials said the individuals targeted by Friday's sanctions are not thought to be responsible for the Sony hack. But in exposing their names and positions as North Korean arms dealers, the U.S. hopes to stymie their business prospects. Their names were not publicly known until now.

U.S. officials said they didn't know whether or not the ten North Korean officials listed by the Treasury Department held any assets in U.S. institutions.

Jack Lew, Obama's Treasury Secretary, said in a statement the sanctions were meant to \"isolate key North Korean entities and disrupt the activities of close to a dozen critical North Korean operatives.\"

\"We will continue to use this broad and powerful tool to expose the activities of North Korean government officials and entities,\" Lew said.

Speaking to CNN late last month, Obama said the U.S. would respond to the Sony hacking \"proportionately,\" without specifying what actions his government might take to punish Kim Jong Un's government for their role in the attack.

Josh Earnest, the White House press secretary, said on Friday that \"Today's actions are the first aspect of our response.\"

That seemed to indicate the widespread internet outages reported in North Korea last week were not a retaliatory response to the Sony hack, though administration officials would not confirm the blackout came at the hands of the U.S.

\"There are many possible explanations for the (North Korea's) internet outage, including the possibility that they had ended up doing it to themselves,\" one U.S. official said.