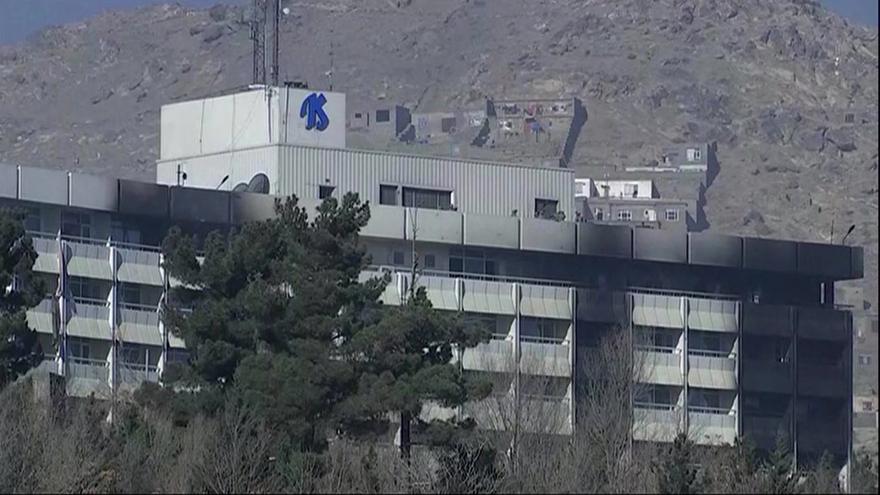 KABUL, Afghanistan (CBS NEWS) -- U.S. officials said Tuesday that American citizens were among those killed and injured in the Taliban attack over the weekend on Kabul's Intercontinental Hotel. The exact number of U.S. casualties remained unclear, but Afghan officials said the death toll had risen to 22, including 14 foreigners and eight Afghans.]

The State Department was expected to provide further information at a briefing later Tuesday.

There have been widely varying reports on the total death toll from the siege, with the Afghan government publicly stating a much lower toll than some officials have acknowledged to journalists off the record.

Najib Danish, spokesman for the interior ministry, said on Tuesday that after the deadly siege ended on Sunday, security forces also defused a vehicle full of explosives near the site of the attack.

Earlier reports said that along with the 14 foreigners, four Afghans died in the attack, which ended after security forces said they had killed the last of six Taliban militants who stormed the hilltop hotel.

Danish says an investigation is underway to find out how the attackers got into the building so easily.

More than 150 people were rescued or managed to escape, including 41 foreigners.

The Afghan government has yet to acknowledge that any U.S. nationals were among the victims of the attack.