US fighter jet crashes off Japanese island of Okinawa 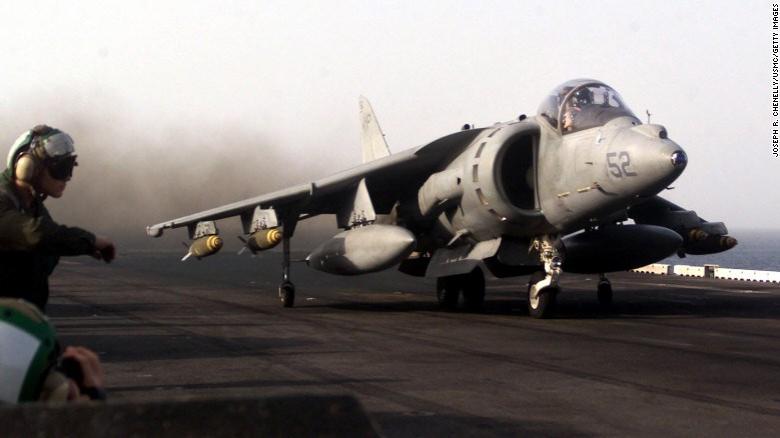 Tokyo (CNN)A US Marine Corps pilot ejected safely when his fighter jet crashed into the waters off the Japanese island of Okinawa, officials said.

The fighter jet, a Marine Corps AV-8B Harrier Jump Jet, departed the Kadena US Air Base and crashed 153 km (95 miles) off Hedo Cape, according to a local coast guard official.

The Japanese coast guard deployed rescue teams at 2 p.m. local time (1 a.m ET) and received a report two hours later that at least one person has been pulled from the crash site.The pilot ejected and was rescued by a team from the US Air Force, the Marine Expeditionary Force said in a statement.

"The cause of the incident is under investigation," the statement added.

The flight was a routine training mission, said Eric Flanagan, spokesman for Third Marine Expeditionary Force. The pilot was the only person on board the aircraft.

"From the US Marine Corps perspective, the most important part is that the pilot ejected safely and is now safe on deck back in Okinawa," he added.

In the US military, the Harrier jet, which has vertical takeoff and landing capability, is primarily used by the Marines. The plane entered production in the early 1980s and continued to be made until 2003. It is scheduled to remain in service until 2025.

In September 2014, an AV-8B caught fire near one of its tires after an emergency landing at Kadena Air Base. The pilot walked away.

Okinawa, Japan's southernmost prefecture, is home to a large US military presence. The US bases are a source of tension with the island's residents, largely due to their cost and safety concerns.

In June, tens of thousands of Okinawans took to the streets of the prefecture's capital, Naha, demanding an end to the country's presence on the island following the killing of a local woman.