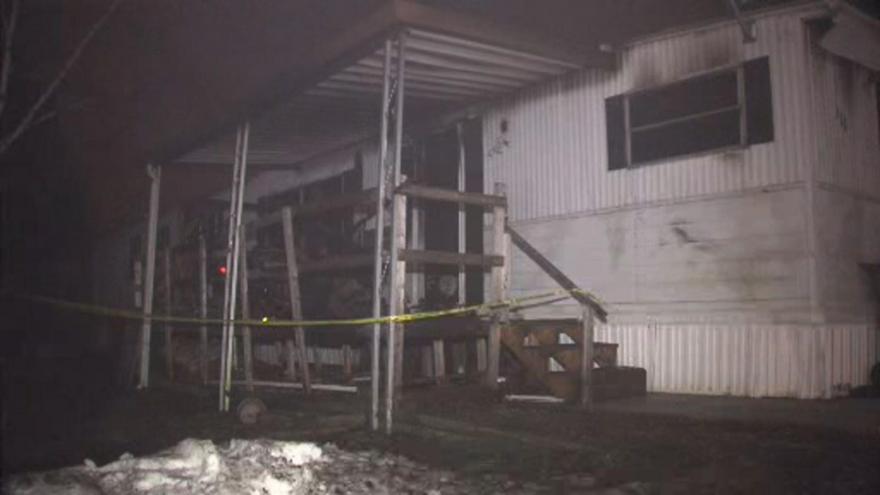 New details about a deadly fire at a trailer in Oak Creek. A newly released report and 911 calls paint a better picture of what happened, but police haven't released a final cause.

A neighbor called 911, telling them, "my neighbor's house is burning... the trailer park is burning."

A 25-year-old man escaped the trailer home with burns on his arms, legs and head, but he was still able to call for help.

Dispatch: 911 what's your emergency? Caller, can you hear me?
Caller: Help!

"The front door was completely engulfed in flames, and the exterior of the home -- it was smoke. You could see large black smoke inside of the windows," said Lt. Ashenhurst.

As the 25-year-old escaped, he thought his dad's girlfriend was right behind him.

The man told police the fire started in the closet, but a fire extinguisher and water would not stop the flames.

"The fire department put the fire out and entered the home, and at that point they located a 54-year-old female," said Lt. Ashenhurst.

Firefighters tried to save Linda Pearson, but she and the family dog died from the smoke.

Police believe the cause of the fire is an accident. They have ruled out a burning candle and cigarettes as a cause. Police are waiting on toxicology results before they can release the official cause.

Oak Creek Police has identified the woman who died in a mobile home fire as Linda Pearson, 54, from Brookfield.

She was rescued from the fire, but later was pronounced deceased at St. Luke’s Hospital.

She perished along with the family pet.

A 25-year-old man survived but was burned while exiting the home, police tell CBS 58 News.

The fire Department was called around 10:45 Monday night with the report of a person trapped in a burning mobile home the Oak Creek Estates on College Avenue.

According to the Oak Creek Fire Department, when firefighters arrived, flames were coming out of the front of the mobile home.

There is no word yet on a cause for the fire.

"It's been a long time that I've known the kid," neighbor Robert Lehmann told CBS 58 News. "It's just hard to see it like this."