Update: Woman who was found dead in Mukwonago fire has been identified 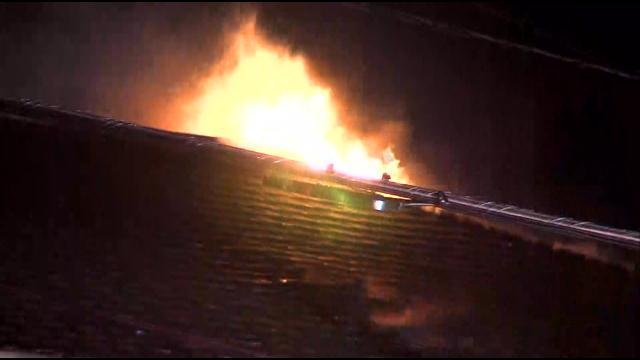 Firefighters found the body of a woman above the Fork in the Road restaurant Tuesday morning.

The first call came in around 1 a.m.

The fire chief say the victim's neighbors heard her smoke alarm. They got out and tried to save the woman.

\"Kicked the door in and they were unable to make entry because of the heavy smoke and fire,\" Chief Jeff Stein told CBS 58's Jocelyne Pruna. \"They backed out of there. We did send one of those individuals to the hospital with minor smoke inhalation.\"

Waukesha County investigators and the Wisconsin Fire Marshall's Office have stepped in, which is customary when fatalities happen.

Nearby workers say the restaurant is very popular and people have been talking all day about how to help in the aftermath, especially with the victim's family.
Share this article: