UPDATE: Victim Set on Fire During Robbery in Milwaukee 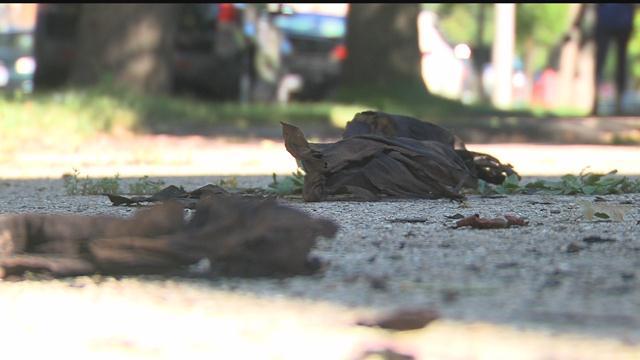 A man is in ICU with 3rd degree burns after he was doused with gasoline and lit on fire.

Police say it happened Saturday night during a robbery on Milwaukee's north side.

Police say it's possible the victim knew the suspects, but all neighbors saw was a man engulfed in flames.

A day after the incident, remnants of the man's burnt shirt are on the sidewalk.

A neighbor came to help, and had to rip the shirt off his back.

"What I first heard it was my daughter scream, and it was such a terrified scream," said Mary Kemnitz.

It was around 8:45 p.m. on North 53rd Street when Kemnitz says her daughter was unloading her car when she saw their neighbor break through a window frame, and fall onto the ground in the front yard. He was on fire.

"I ran out and then I saw my neighbor all engulfed in flame," said Kemnitz.

Kemnitz rushed to help. She says her neighbor was doused in gasoline, and it was difficult to stop the flames.

While trying to stop her neighbor's skin from burning, Kemnitz was burned herself.

"I remember hitting my head. I remember being afraid that we were going to burn together and then it was out," said Kemnitz.

She now has second degree burns on her legs, behind, and shoulders.

Police say the man was intentionally lit on fire during a drug-related robbery. Bullet holes are now visible on the home.

"It had to be premeditated to bring gas and douse him," said Kemnitz.

Regardless of the circumstances, Kemnitz is asking for prayers for her neighbor.

"I'm just hoping everybody prays for him because he's a good man," said Kemnitz.

The incident is still under investigation. Police say they're searching for suspects.

The victim of a drug-related robbery in Milwaukee was set on fire by the suspects on Saturday night, according to Milwaukee police.

According to police, the victim sustained significant burn injuries.

The victim is a 36-year-old male from Milwaukee; he is being treated at an area hospital.

Preliminary investigation reveals that the victim was intentionally set on fire by suspects during the robbery.

There is some indication that the victim knew or was acquainted with the suspects.  Police personnel are continuing to investigate and to seek suspects in regards to this incident.