UPDATE: Two Dead After Large Fire and Explosion in Town of Burlington 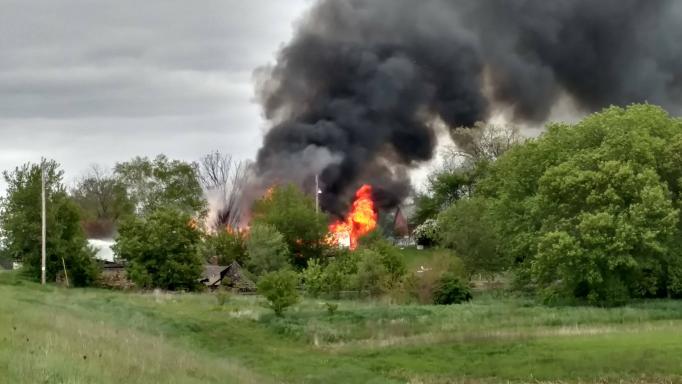 UPDATE 9:04 PM: Kayla Lambert says her parents live in the home that exploded Saturday. She says her father, step-mom and step-brother all live in the house, and she believes they were home at the time of the fire and explosion.

Lambert says authorities told her a second body was found in the ashes today, and that the first body found was an older male, and the second body has not been identified.

According to the Racine County Sheriff's Office they are still searching for a third person who was possibly in the home at the time of the explosion.

The home and garage have been leveled from the explosion, and the propane tank exploded once the flames reached it.

"It sounded like something big landed on our house," said Stacie Coleman.

Coleman lives down the street from the explosion. She heard the home explode and then saw the flames that followed.

"By the time I got up there it hit the LP tank, and it was just like this gigantic torch of fire just blowing... and it was so loud. And there was just so much fire and so much smoke," said Coleman.

The cause of the fire is still under investigation, but it is considered suspicious.

ORIGINAL: A large fire and explosion occurred at around 3:15 p.m. Saturday in the Town of Burlington.

A 9-11 call was placed after flames and smoke could be seen at the address of 29235 Ketterhagen Road. Within minutes of the 9-11 call, there was a report of an explosion at the house.

During the investigation of the fire, one deceased body was found inside the home. It is unknown the gender or age of the deceased individual.