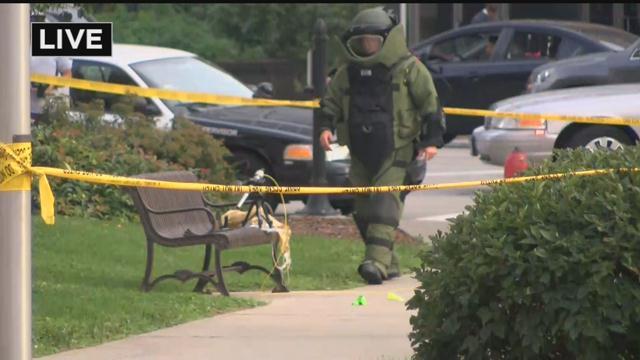 Milwaukee Police are investigating a suspicious device that was found on Thursday at about 2:30 PM at Red Arrow Park in downtown Milwaukee.

The Bureau of Alcohol, Tobacco, and Firearms or ATF was on scene in bomb suits inspecting the device. ATF x-rayed the package and eventually detonated the device around 4:45 PM.

Authorities tell CBS 58 reporter April Dovorany the suspicious package was a plastic case with a watch and wires around it.

According to police, the case has been neutralized and rendered safe.

Traffic was blocked on Water St. for a few hours, but is back open.