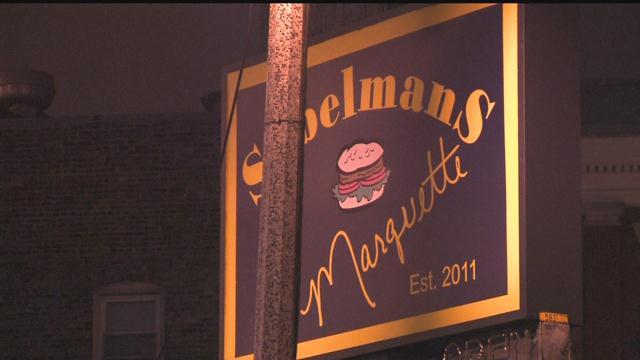 UPDATE: CBS 58—Sobelman’s on the Marquette campus is closed for now, after the owner failed to show up for a July hearing and their license was suspended.

The hearing was called after a customer’s gun accidentally went off inside the restaurant in June. The shooter ran off and four students received very minor injuries that did not require treatment.

Sobelman’s closed the kitchen at 8 PM Tuesday after the licensing committee revoked their license earlier in the day.  Owner Dave Sobelman says he didn’t know he was supposed to attend the July hearing.

“I should start by taking personal responsibility in saying we screwed up in that we didn’t read the first letter thoroughly, but we had been told by the officer during the phone interview, that we would not have to go before the common council,” Sobelman said.

Sobelman says he did attend Tuesday’s hearing and tried to work with the committee. He says he thinks the real reason he was ordered to close for two weeks is his past clashes with Alderman Robert Bauman over other city issues.

“We’ve had arguments on the phone where we screamed at one another,” Sobelman said. “I guess this was his way of getting back at me.”

Sobelman says if he’s forced to stay closed until the next council meeting, he’s not worried about business but rather his 39 employees.

Ald. Bauman declined an interview, but a representative for his office says this is a direct result of failing to show up for the hearing.

Sobelman  says he's hoping to resolve the matter soon.  If they have to stay closed until September 20, he says they will move as many employees to other locations as they can. They will also have half priced burgers for Marquette students at the St. Paul Ave. location.

*****
Sobelmans on Marquette University Campus is supposed to be closed due to a license suspension.

Sobelmans is currently refusing to close.

Alderman Bauman's office told CBS 58 Sobelman was supposed to be at a meeting in July but did not show up.

In addition, the restaurant's owner was supposed to be at a meeting on Tuesday that he allegedly didn't show up to according to Bauman.

However, Dave Sobelman told CBS 58 he was there.

The restaurant's license has been suspended and they are not allowed to operate until September 21 when the full common council will take up the issue.

Note the story originally said they were closed. Sobelmans reached out and said they are refusing to close.