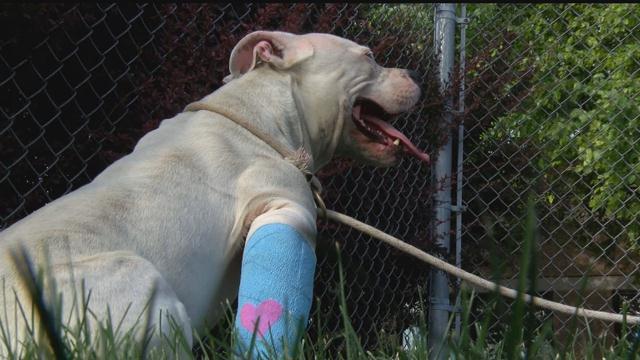 The owner of the dog nicknamed \"Simba\" after he was mistaken as the Milwaukee Lion and shot has come forward.

Milwaukee area Domestic Animal Control Commission says they have been contacted by Joe Dixon who claims he is the dogs owner. CBS 58 spoke with Dixon Sunday night who said he has no idea how his pet could be mistaken for a big cat.

Dixon tells CBS 58 the real name of the dog is Homie.

Homie has been transported to a facility in Sun Prairie to have surgery later this week. The dog will undergo further tests and x-rays before having surgery on Tuesday or Wednesday.

MADACC is working with Dixon to cover the cost of vet bills.

Milwaukee Police have not identified the person who shot the dog and reportedly mistaking him for the roaming Milwaukee lion.