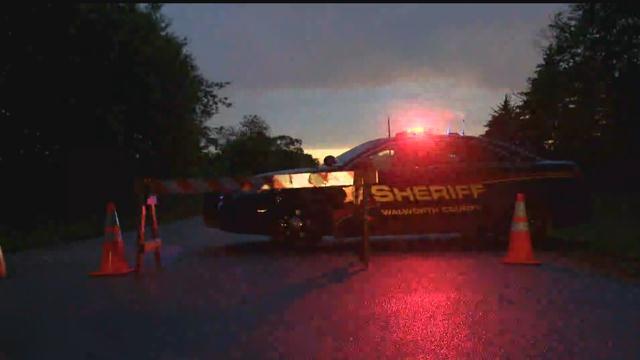 On Saturday May 28 at approximately 11:45 AM, Walworth County Sheriff’s Deputies and area Fire and Rescue Units were dispatched to a semi vs. pickup truck crash with multiple injuries including entrapment at the Intersection of Highway K at Townhall Road in the town of Sharon. A 2006 GMC Envoy was also involved in the accident.

The 2011 pickup was occupied by four people. The driver was identified as Carlos Venegas, 26-years-old from Delavan and was pronounced dead at the scene. The driver's 6-year-old daughter, was flown by flight for life to an area trauma center where she still remains. The remaining two passengers have been positively identified by the Walworth County Medical Examiner’s office as Maria Venegas, 28-years-old, the wife of the driver and their son Carlos Venegas Jr, 2 years-old. Both the wife and son were pronounced dead at the scene.

The 2006 GMC Envoy was occupied by two people. The driver was identified as Carol Terry, 67-years-old from Rockford, IL. She was pronounced dead at the scene. Her husband 68-year-old Mark Terry, also from Rockford, IL was a passenger and remains in critical condition at a local trauma center.

The GMC Envoy rolled off into a field on the southeast corner of that intersection. The 2011 pickup truck was immediately struck on the passenger side by the semi, who was unable to avoid the crash, and pushed north on Highway K.

The previous information is different than originally reported due to conflicting witness statements, evidence and data collected at the scene. This remains an open and ongoing investigation.