UPDATE: Nestlé Employee and Firefighter Transported to Hospital After Fire 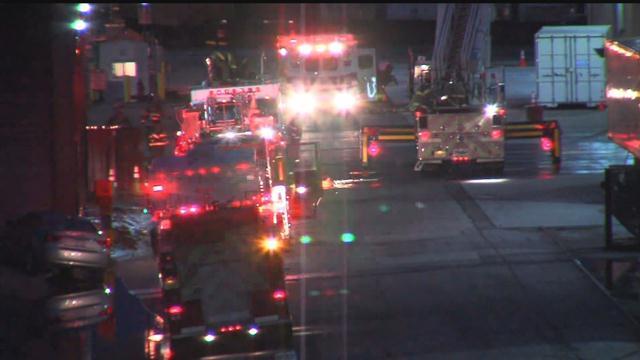 UPDATE:  The City of Burlington Fire Department responded to a report of a fire at 637 S. Pine Street, Nestlé USA. Fire Department crews were on the scene within minutes. Maintenance personnel advised that there was no active fire in the structure.

According to a release from Fire Department, fire crews initiated an investigation and located smoke in a “cocoa mill collector”. Fire Department personnel determined the fire to be in the smoldering phase. Fire crews then initiated suppression and overhaul operations.

Additionally one Nestlé employee and one Firefighter were transported to Aurora Burlington Hospital for medical evaluation. All fire department units cleared the scene at 7:06 A.M.

Due to the location of the incident and the nature of overhaul work involved, Incident Command activated MABAS to the Box Alarm level as a precautionary measure.

ORIGINAL: Firefighters from Burlington and seven other communities responded to a fire at the Nestle Chocolate plant on South Pine Street in Burlington Friday morning. The fire was initially reported around 4:50 AM.

CBS 58 had a crew on scene Friday morning, but they never saw flames or any smoke.

According to officials more information will be released Friday morning, but the fire was put out before it could ever get going.