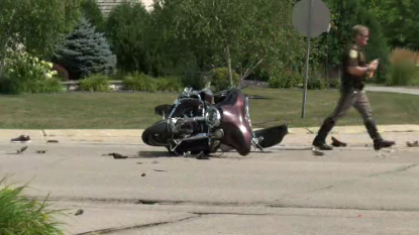 The driver of the car traveling west was a 41-year-old woman from Mukwonago. She was checked out by emergency medical services on scene and released.

The driver of the motorcycle was a 55-year-old man from Walworth County, who sustained serious injuries and was transported to Froedtert Hospital by ambulance. The passenger of the motorcycle was a 56-year-old woman from Walworth County. Life saving measures were attempted on scene, but the woman was pronounced dead at the scene.

National Avenue was closed for several hours. The crash remains under investigation