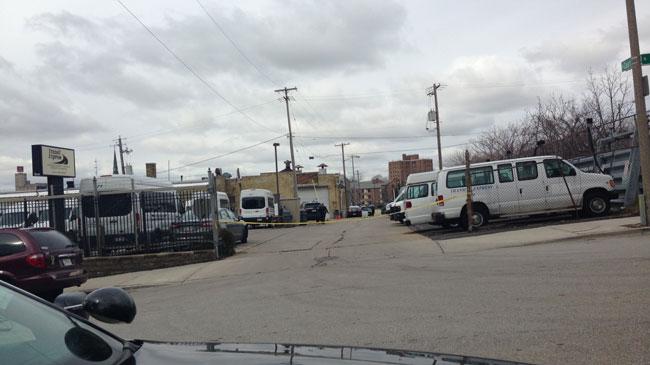 UPDATE: Milwaukee Police released the name of the victim in Friday's homicide in the 1500 block of N. 4th Street.

According to police, the victim is identified as Odyssus Henry. The 67-year-old was a good employee and "super person" according to the Transit Express Operations Manager, John Doherty.

Doherty says the company's "thoughts go out to the family" of Henry, and the "most important part is sharing sympathy with the family."

Doherty says the victim and the suspect were long-term employees of the company. Henry worked at Transit Express more than 10 years.

Doherty mentioned the company posts signs and has strict rules against bringing firearms on the property.

ORIGINAL: Milwaukee Police are investigating a homicide that happened at about 7:10 AM on Friday in a workplace in the 1500 block of N. 4th Street.

Milwaukee Police said they are in the early stages of the investigation, but preliminary information from the scene is that two coworkers were involved in a dispute when one produced a pistol and shot the other.

The victim is a 67-year-old man and the suspect is a 35-year-old man, both from Milwaukee.  The suspect remained at the scene and is in custody.