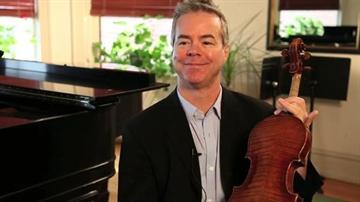 MILWAUKEE -- The Milwaukee Police Department says it's received a number of new tips in the 24 hours since a rare violin was stolen during an armed robbery at the Wisconsin Lutheran College on January 27th.

Police say the armed robbery took place at about 10:20 p.m. in a parking lot near the rear of the campus. Milwaukee Symphony Orchestra Concertmaster Frank Almond was approached by two suspects and tased. Almond dropped the violin, and the suspects stole the expensive violin.

According to police, the suspects had a vehicle standing by. The vehicle the suspect were seen driving away from the scene in is a late 1980's or early 1990's maroon Plymouth or Dodge Minivan.

The Milwaukee Police Department is working with federal and international law enforcement agencies to retrieve the violin.

Police say the violin's worth reaches into the millions of dollars.