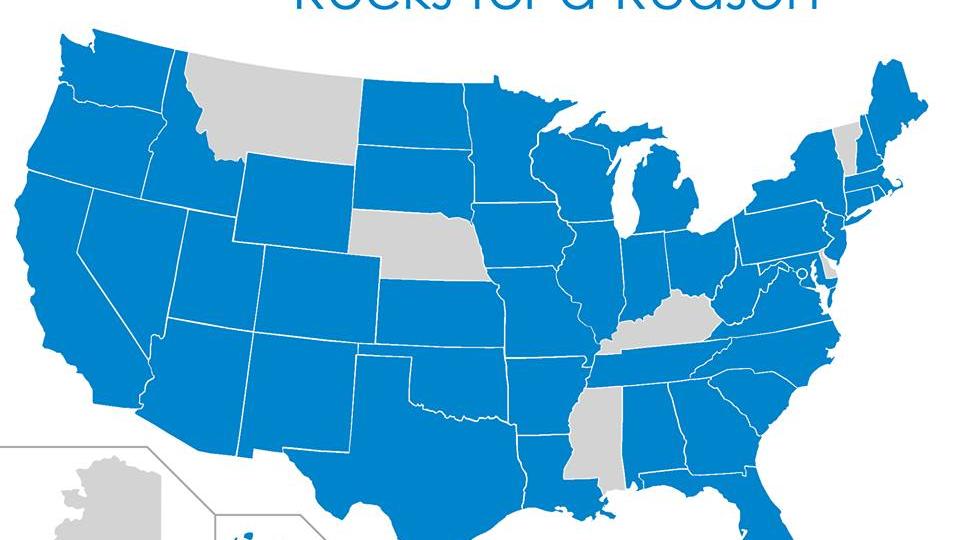 The Rocks for a Reason campaign has raised over $143,000 from donors across 43 states (plus Washington D.C. and Puerto Rico).

While Children's Hospital of Wisconsin says that’s incredible, they want all 50 states involved!

If you have friends or family in Alaska, Delaware, Kentucky, Mississippi, Montana, Nebraska or Vermont, tell them about the Rocks for a Reason campaign and all the great work being done at Children’s Hospital of Wisconsin.

Help make a final push through Dec. 31, let's get the whole country rockin’! To join the cause and make a donation, visit: www.chw.org/rock

It's sold out online, and one of the biggest sellers for Nordstrom this holiday season.

It's a rock tucked into a leather bag and people actually bought it -- for 85 dollars.

Now a local doctor -- shocked with the response of the popular rock, came up with a campaign of his own.

For 85 dollars you will also get a rock, but your money will go toward children who need it.

It started out as a casual conversation at Children's Hospital just last week, and quickly turned it to an initiative called 'Rocks for a Reason.'

When Dr. David Margolis found out that an 85 dollar rock at Nordstrom was in high demand, he had a flashback of the 1970s.

"It reminded me of Soap and Rope and the pet rock, which were interesting fads. 85 dollars is a fair amount of money," said Margolis.

Shocked that people would spend that much money on a rock,  Dr. Margolis started the campaign 'Rocks for a Reason,' where people can make an 85 dollar donation to Children's Hospital and in return get a rock from a local quarry.

Since Friday, more than 150 people from 20 states have donated 16 thousand dollars.

Those numbers keep growing, thanks to social media.

"People do like the idea of helping others. I think that's very poignant during the holiday season that people are willing to click, share view, and then donate," said Margolis.

As the campaign nears it's end on New Years Eve, he hopes his initiative reminds people of the true reason for the season.

"Any child that is here doesn't want to be here. The bottom line is, particularly during this holiday season, any kid that is here, is sick. Nobody's having elective surgery this time of year," said Margolis.

To make a donation to 'Rock for a Reason," click here.